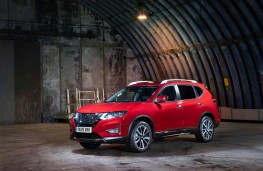 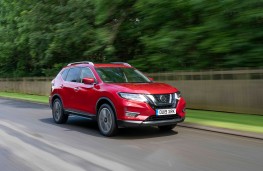 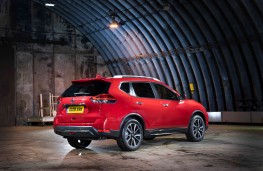 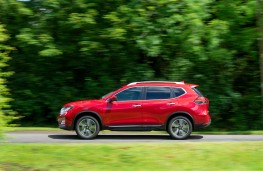 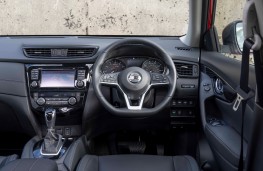 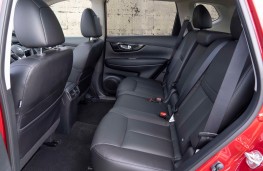 ONE of my most memorable experiences ofdriving the Nissam X-Trail a few years ago, was taking up around mountain passes in northern Greece, on the Albanian border and being held up by giant tortoises on the winding, twisty roads.

It was quite anexperience, and this excellent SUV navigated those slow moving reptiles-and some challenging off-road stuff, really well.

That was the second generation and now years on this latest version is available with five seats or an optional extra two seats in the rear and is still visibly imposing, with its raised road height and smart profile.

While not a full-fat off-roader, it is more than capable of tackling all but the roughest terrain, while remaining very much a family orientated vehicle.

Available in two or four-wheel-drive and with a choice of either a 148bhp 1.7-litre diesel engine driven here, or a smaller 1.3-litre petrol engine. It can hit 60mph in just 10.7 seconds, quite nippy for a big vehicle and this version is mated to a slick shifting six speed manual gearbox.

The interior is smart and functional and feels solidly constructed.

Even the entry level model is well equipped, but this Tekna model, has virtually all the bells and whistles, from bird's-eye view parking camera, through to heated leather seats, heated leather steering wheel, metallic grain interior insertsand panoramic roof.

The centrepiece is the seven-inch touchscreen which controls main functions like navigation, infotainment and connectivity via smartphone.

Dials and controls are well laid out, logical and easy to use, while on this four-wheel drive version, the central rotary knob selects the drive modes depending on prevailing conditions.

The cabin feels light and airy thanks to large glass areas, which offsets the dark interior. Head and legroom are good with access, while in practical terms, it ticks most of the boxes. In addition to all the drink holders, pockets and cubby holes, the boot with the third row of seats folded offer 555 litres of space. This can be further increased with the 60-40 split second row folded down, up to a huge 1,996 litres and accessed via the powered tailgate, which also features a ‘kick' option for remote opening.

The diesel engine has plenty of grunt and is surprisingly frugal. There is a bit of clatter on startup, but it offers decent acceleration and a towing capacity of two tonnes. Economy, according to WLTP figures, show between 39 and 44mpg, pretty impressive for a big four-wheel drive vehicle and it showed to be pretty accurate, if even a shade conservative, over some varied motoring.

Take it off-road and previous experience has shown the X-Trail to be a more than capable mud-plugger handling some pretty tough conditions, although tackling the Amazon rain forests or African bush might be a stretch for it.

This kind of vehicle will not handle like a sports car, but it remains fairly stable with only a trace of wallowing on sharp bends.