By Chris Russon on 2021-08-13 - The driving force behind Eurekar. Chris heads up a team of motoring correspondents under the Driving Force banner. Prior to Driving Force becoming independent in 2010 he was Chief Motoring Editor for Trinity Mirror Regional newspapers. Chris has been writing about cars for almost 40 years. 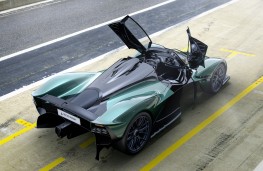 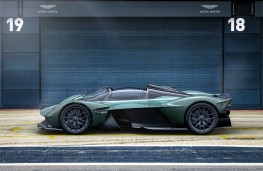 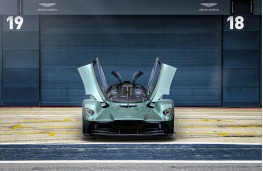 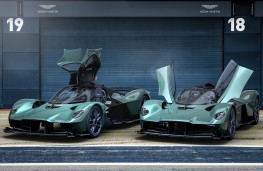 AN open top hypercar with a reported price tag of around £3.5 million has been developed by Aston Martin.

Production of the Valkyrie Spider will be limited to 85 models and deliveries are expected to commence in the second half of 2022.

The car is described a being capable of delivering ‘the most comparable experience to that of an F1car, not limited to the track'.

As with the hard top version of the Valkyrie, the Spider has a 1,255ps hybrid V12 powertrain with a top speed of 217mph roof up or 205mph with it down.

The car was unveiled at the Pebble Beach Concours d'Elegance in California where Aston Martin chief executive officer, Tobias Moers said: "The Aston Martin Valkyrie is the product of incredible innovation and technology, but above all it has always been about emotion.

"With the Valkyrie Spider we are taking that passion and emotion to the next level. The driving experience promises to be truly sensational. The sound of that 6.5-litre V12 engine revving to over 11,000rpm with the roof removed is something I cannot wait to hear."

The hard top Valkyrie was unveiled in 2019 as the world's most powerful car and although no price details have been confirmed for the soft top it is understood it will carry a Â£1 million premium taking the cost to around Â£3.5 million.

Aston says the production run is already over subscribed and the car will be available in both left and right-hand drive configurations.