By Chris Russon on 2021-08-25 - The driving force behind Eurekar. Chris heads up a team of motoring correspondents under the Driving Force banner. Prior to Driving Force becoming independent in 2010 he was Chief Motoring Editor for Trinity Mirror Regional newspapers. Chris has been writing about cars for almost 40 years. 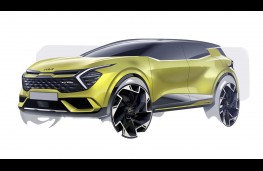 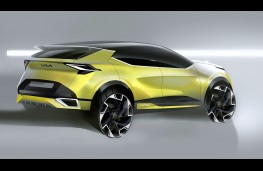 A NEW version of the Kia Sportage SUV specifically designed for Europe has been announced by the Korean car maker.

The fifth generation Sportage will have its debut in September with the European version slightly smaller than its global counterpart.

Kia says the new Sportage has been carefully designed and developed to establish new benchmarks in its segment while also catering specifically for European tastes and roads.

Developed on a new architecture, the Sportage has also been designed to offer optimal drive and handling characteristics for European roads.

The Sportage will feature ‘a more compact and adventurous profile hinting at heightened levels of agility and performance' says Kia features which it sees as ideal for European roads.

Designed to be the most dynamic and stylish SUV in its segment, the Sportage - which will be built at Kia's factory in Slovakia where the current model is made - will feature a muscular stance and a strong yet refined silhouette with crisp, taught character lines across the surfaces.

Two sketches of the new model hint at a bold front-end design with a detail-orientated black grille graphic spanning the width of the face.

Representing another first for the Sportage range, the sketches show a black roof that helps to further accentuate the sporting profile of the all-new SUV, while also highlighting a dynamic rear pillar design treatment.

Prices and further details will be announced later in the year after the car's online debut on September 1. 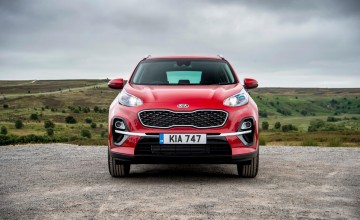 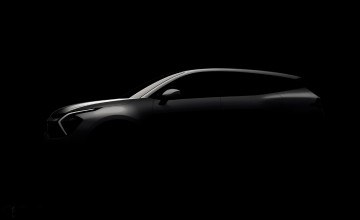