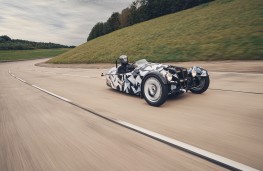 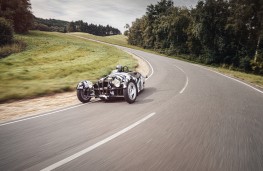 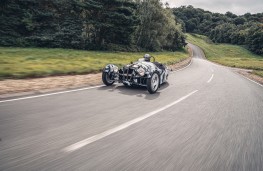 A NEW three-wheeler is to be produced by Morgan and will be launched with a three-cylinder petrol engine supplied by Ford replacing the twin arrangement used in the previous model.

The Worcestershire-based company discontinued its iconic 3 Wheeler earlier in 2021 after a 10 year run and has now revealed a successor is currently undergoing development.

Although looking similar in overall styling Morgan says the new car features is an all-new design with significant engineering enhancements.

It is understood that an all-electric powertrain is in the wings but for the launch of the next 3 Wheeler it will be powered by a naturally aspirated Ford block.

It continues a long-standing relationship with Morgan having used Ford engines in previous models dating back to the 1930s.

Orders for the previous Morgan 3 Wheeler - which started production in 2011 - closed at the beginning of 2021, with a final run of 33 P101 cars, which saw a number of cosmetic enhancements to celebrate the end of the model's highly successful ten-year production run in which more than 2,500 units were sold.

Steve Morris, chairman and CEO of the Morgan Motor Company, said: "We are thrilled to confirm plans for an all-new three-wheeled Morgan, a model that continues an incredible story dating back to 1909.

"The outgoing 3 Wheeler was adored by customers and enthusiasts alike, and will inspire this next generation. The upcoming model is an all-new ground-up design and the first whole vehicle programme to be completed under the stewardship of Investindustrial. Morgan's team of engineers and designers have considered everything that the company has learnt from the decade of building and selling the previous model."

Further details will be announced as the testing programme for the new model continues. 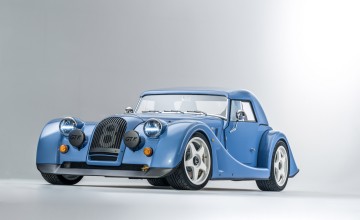 THE most powerful car ever produced by Morgan has been completed at the... 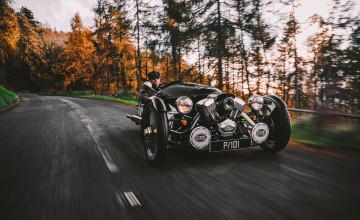