By Chris Russon on 2021-09-03 - The driving force behind Eurekar. Chris heads up a team of motoring correspondents under the Driving Force banner. Prior to Driving Force becoming independent in 2010 he was Chief Motoring Editor for Trinity Mirror Regional newspapers. Chris has been writing about cars for almost 40 years. 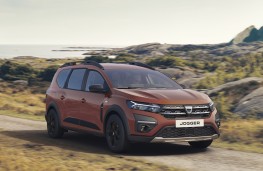 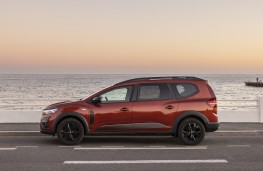 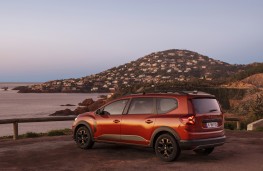 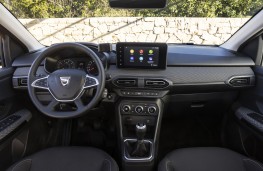 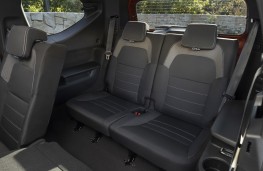 BUDGET brand Dacia is entering the MPV market with the new Jogger which will be available with petrol and bi-fuel gas and petrol engines with a hybrid to follow.

With a starting price likely to be below £13,000 it will be the cheapest seven-seater in the UK and offers plenty of flexibility with boot capacity ranging from 160 to 1,819 litres.

At launch, it will be available with two engines, including Dacia's new TCe 110 turbocharged petrol engine and the Romanian brand's LPG TCe 100 Bi-Fuel engine.

Joining the range in 2023 will be Dacia's first hybrid powertrain which will use a 1.6-litre petrol engine mated to two electric motors via a multi-mode automatic gearbox which Dacia says can drive purely on electricity for up to 80 per cent of the time in urban conditions with an overall fuel saving of up to 40 per cent.

Full performance data is still to be revealed and the Jogger is due for release early next year with the hybrid arriving in 2023.

However, Dacia has released preliminary fuel consumption figures for the bi-fuel model which has a 40 litre LPG tank as well as a 50 litre petrol tank giving it maximum range of some 620 miles with an official rating of 37.1mpg and emissions of 121g/km.

The system is factory fitted and has no impact on Dacia's three year warranty with the gas tank fitted in the spare wheel well in the boot.

Full smartphone compatibility is standard with higher grade versions of the Jogger having an eight-inch touchscreen, WiFi connectivity and an upgraded audio system.

The Jogger shares its underpinnings with Dacia's new Sandero but is stretched to a length of some 4.5 metres making it the longest model in the current line up.