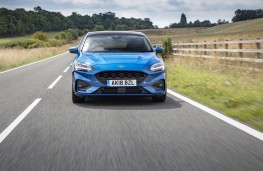 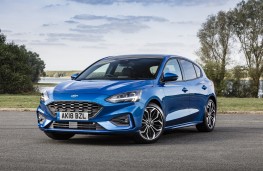 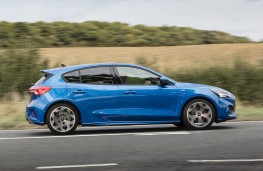 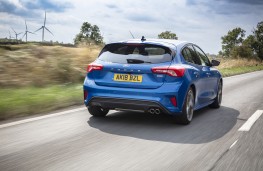 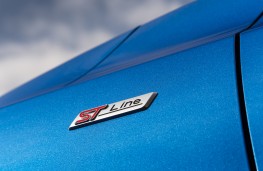 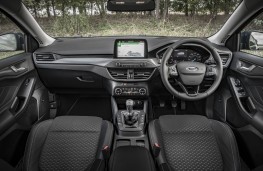 IT'S fair to say that the Focus, launched back in 1998, has been a game changer in the industry.

It's only just over 20 years, but it seems so much longer, such has been its impact on the car market.

Inevitably, the latest version is the best yet, with smart styling, improved interior and ever more efficient engines.

These include powerful and fuel-efficient EcoBoost petrol and EcoBlue diesel units, some of which embrace thelatest mild hybrid technology.

This model was poweredby Ford's highly-efficient EcoBoost three cylinder engine. Not huge, Ford says it is so compact it could fit the overhead compartment on an aeroplane. But it packs plenty of power and can hit 60mph in a shade over nine seconds, and, aided by the mild hybrid technology, delivers extra horsepower together with good economy and low emissions.

Official figures suggest around 52mpg, but the onboard computer suggested something nearer 44.

The turbocharged one litre engine is assisted by a 48-volt mild-hybrid system, which features a small lithium-ion battery pack and a belt-driven integrated starter-generator, which adds an extra 20Nm of torque and helps mitigate turbo lag.

The electric motor is fitted alongside an energy recovery system on the brakes which can then be redeployed to assist the petrol engine or provide assistance to electrical systems.

It is a striking looking car with this ST-Line version giving you the sporty look, but without the performance of the firecracker ST. It has sharp angles and curves, slim headlamps, wide grille and sloping silhouette, rear privacy glass, smart projector headlights and fog lamps with cornering lights.

The powered door mirrors also feature smart puddle lights. It also has its own unique ST-Line badging on door plates together with red stitching to complement the dark finish.

It feels well engineered with a combination of sturdy and soft touch finish trim.

The interior is without doubt, the best yet, particularly with this range topper. And with a price tag of around £27k, it needs to be.

The interior is dominated by the central eight inch touchscreen, which controls major functions like navigation, infotainment through a high quality sound system and smartphone connectivity.

On the road, the engine has plenty of pace and delivers that throaty rasp so familiar these days with three cylinder engines.

But it's the handling, the feature that made it stand out when launched, that is still peerless.

The ride is as impressive as ever with the independent rear suspension system featuring continuously controlled damping, which e monitors suspension, body, steering and braking inputs, and adjusts for the smoothest ride. In fact it handles brilliantly.

Boot space is good and not having a dog didn't try this, but Ford says it can accommodate a large dog crate without needing to fold the rear seats. Fold the rear seats and a huge stowage area comes into play.

The boot is easy to access, using a simple kicking motion under the rear bumper to open the hands-free tailgate.

Folding the rear seats is also simplified - they now drop simply by pulling a switch in the boot space. Safety kit is comprehensive with full set of airbags and includes, stability control, cruise control, pre-collision assist with brake and pedestrian/cyclist alert. 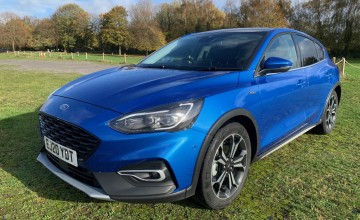 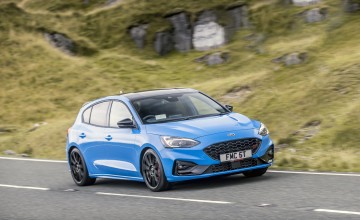 AN uprated version of the hot Focus ST hatchback has been developed by Ford and...