By Mike Torpey on 2021-09-11 - Driving Force news editor and responsible for organising our daily output. He was staff motoring editor of the Liverpool Echo for 20 years. 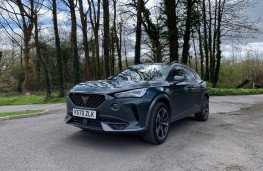 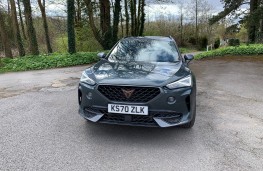 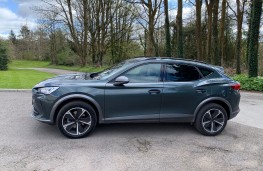 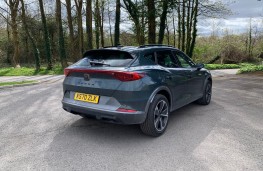 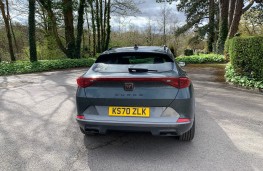 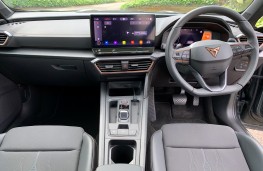 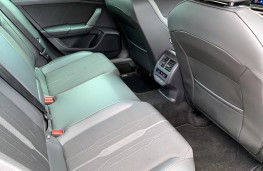 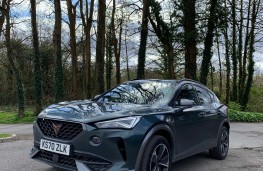 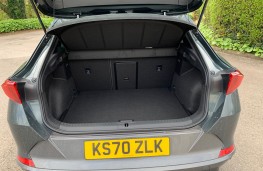 THE name may not be familiar to all, but CUPRA - derived from Cup and Racing - is the performance division of Spanish carmaker SEAT.

An automotive brand in its own right, the CUPRA badge is basically worn by the elite athletes of the SEAT line-up and its first standalone model is the Formentor compact crossover.

It's a name that, like others in the SEAT group such as Ibiza, Tarraco and Ateca, references different areas of Spain - in this case an attractive stretch of Majorcan coastline.

And like that 12-mile peninsula locals call ‘the meeting place of the winds', the Formentor model has some serious presence.

As you would expect from a sports SUV there's some genuine wallop at the top of the range, the turbocharged 2.0-litre petrol engine developing a hefty 306bhp and also gracing both the Audi S3 and Volkswagen Golf R.

But with CUPRA now firmly on the road to electrification, fans of the marque can also pick from a pair of Formentor e-HYBRID variants, available in either 204 or 245PS power outputs.

Both gain from a benefit-in-kind rating of just 11 per cent in year one and 12 per cent in years two to five while also boasting a five-star safety rating from Euro NCAP.

Our version was the lower powered of the e-HYBRID pair but in the higher V2 trim grade that adds the likes of Nappa leather bucket seats, 19-inch alloys, a heated steering wheel, front parking sensors and a rear view camera to an already comprehensive list of goodies.

Power comes via a 1.4-litre petrol engine coupled with an electric motor and 12.8 kWh battery pack, allowing the car to be driven gently for up to 37 miles on electric power alone.

Outright performance from this model falls just short of hot hatch/SUV territory but is nonetheless impressive, capable of reaching 62mph from a standing start in 7.8 seconds and on to a potential 127mph top speed.

As a plug-in hybrid, making use of the electrical element of the car is critical to fuel economy and the Formentor can be charged in around 3.5 hours from a garage wallbox or five hours from a domestic socket.

Otherwise this is a real eye-catcher of a car, from the jagged angles of the huge front grille to the body-hugging leather seats, bronze-tinted faux twin tailpipes and badges that look like pagan war mask symbols.

Inside, the cabin is dominated by a large touchscreen with colour reversing camera and in a nod to motorsport the engine Start/Stop button is suspended from the horizontal bar at the centre of the flat-bottomed steering wheel.

It looks tidy but takes some familiarity because the ‘ESP off' button is placed just ahead of the gear selector, which is where you might usually expect to find the Start/Stop button.

As for seating, it's decent comfort all round. In fact even the perched centre rear position which - if you are a child - offers a better view of the outside than the more low set main seats, is comfortable.

And bronze elements like stitching and surrounds adds to the racy effect.

Interior stowage sees the usual door bins, glovebox, central container and cup holders provided, while there are also oddments and coin slots along with a mobile phone charging pad.

There's also a large boot, ample rear legroom - even with the front seats slid fully back - plenty of headroom and the rear seats split/fold 60-40.

Much to like then with this latest CUPRA - there are still not that many around and that touch of exclusivity is extended to the fact that most people other than the car's actual owner will not know exactly what it is.

THE Ibiza has been one of the many success stories for SEAT. It more than holds... 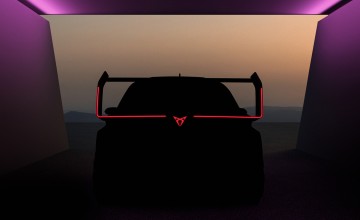