By Edward Stephens on 2021-09-12 - Edward edits the motoring pages of the Birmingham Mail and Birmingham Post as a freelancer after more than 35 years on the staff. Also writes on motoring for various other newspapers, trade magazines and well known websites. 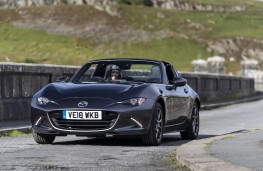 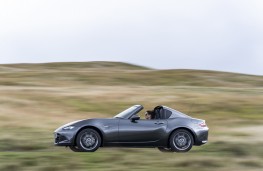 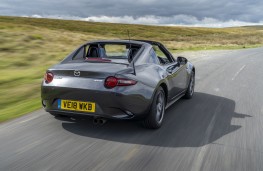 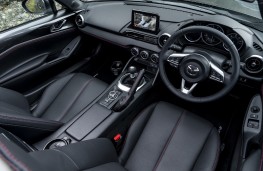 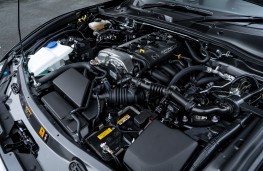 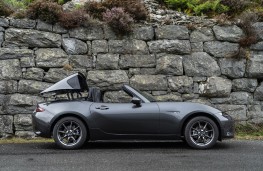 IT doesn't take long behind the wheel of a Mazda MX-5 to realise just what a thoroughbred two-seater it is.

But after 32 years of producing the ever popular little car it's hardly surprising that Mazda has got it bang on.

And the new generation RF model - it stands for retractable fastback - is one of those cars that has just as much appeal to dyed in the wool sports car enthusiasts as to those seeking a glamorous drop top complete with full leather interior and Bose sound system.

With a 10 model line up the MX-5 offers plenty of choice, starting with the entry-level 132 bhp, 1.5-litre with traditional cloth hood.

At the other end of the price spectrum is the car driven here, the top-of-the-range 2.0-litre RF GT Sport Tech at Â£32,000 - which raises the model's standing to a whole new level.

Rather than the traditional hood the RF features a collapsible piano-black solid roof which cleverly folds up and packs away in just 13 seconds at the touch of a button.

Once it's out of sight the rear screen is lowered back into place to ensure you have draught-free protection on the windiest of days. And for good measure there's a transparent wind deflector behind the heads of driver and passenger.

As one who cut his motoring teeth on windy open top two-seaters it's hard not to be impressed by the snugness of the MX-5 RF, which inspires drivers to go topless even on the coolest of days.

As you settle in behind the wheel it's easy to see why the MX-5 has become the world's best selling two-seater sports car. Everything wraps around you and car and driver become as one.

In true sports car style the largest dial in front of the driver is the rev counter while the smaller speedometer sits to its right.

To the left is a 7-inch colour display which can be operated as a touch screen or controlled by a large knob near the gear shift.

The steering is pin sharp, almost go-kart like while the six-speed gearbox is slick and spot on with the short stubby gearshift falling easily to hand as you rest your arm on the transmission tunnel.

While good on the motorway the MX-5 RF is at its best on twisty country lanes as it flows seamlessly through the tightest of bends with ease and stability. Lower the roof and this is sports car driving at its very best.

If there is a criticism of the MX-5 it's the lack of storage space inside the cabin.

There's no glove box - unlike on some previous MX-5 models - no door pockets and a central storage compartment which will take little more than a covid mask and a bunch of keys.

Admittedly there's a lockable storage compartment behind the shoulders of driver and passenger but it's pretty small.

When it comes to safety features, however, the MX-5 is bristling with the latest innovations from lane departure warning and rear cross traffic alert to blind spot monitoring and driver attention alert to mention just a few.

The RF GT Sport Tech comes with a reversing camera for easy parking as well as heated seats for the winter. 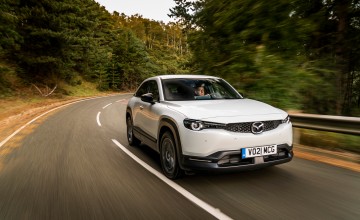 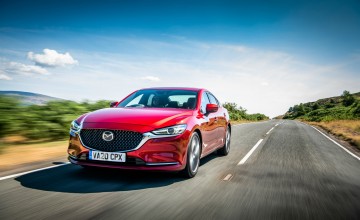