By Chris Russon on 2021-09-14 - The driving force behind Eurekar. Chris heads up a team of motoring correspondents under the Driving Force banner. Prior to Driving Force becoming independent in 2010 he was Chief Motoring Editor for Trinity Mirror Regional newspapers. Chris has been writing about cars for almost 40 years. 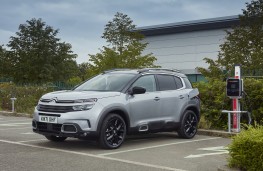 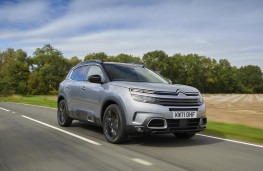 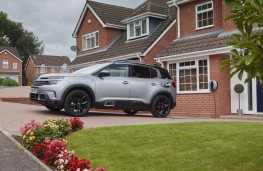 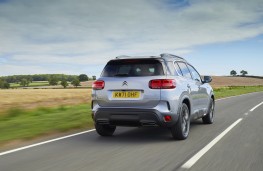 A NEW high specification version of the Citroen C5 Aircross SUV has been announced in the shape of a Black Edition model to join its range of plug-in hybrid offerings.

The car will be priced from £36,850 and it will sit at the top of the hybrid line up over Shine and Shine Plus trim levels.

In Black Edition specification the C5 Aircross comes with a black roof and door mirrors, 19-inch alloys and an opening panoramic sunroof as well as a power operated tailgate.

Inside, the seats are trimmed in black Alcantara upholstery.

The new model also comes with Citroen's Safety Plus Pack, as standard, which includes blind-spot monitoring and advanced Active Safety Brake with video and radar assistance.

The Black Edition models also have a Highway Driver Assist set up that regulates the vehicle's speed and proximity to the vehicle in front, as well as assisting the driver with in-lane vehicle positioning for use while motorway driving.

The car is powered by a PureTech 180 turbo petrol engine mated to an electric motor and Citroen claims it is capable of travelling up to 34 miles purely on electricity when full charged.

Recharging can be done in under two hours from a 32A wallbox or a public charging point.

HALLELUJAH! A car maker has discovered not everyone who buys a new family car...