By Mike Torpey on 2021-09-26 - Driving Force news editor and responsible for organising our daily output. He was staff motoring editor of the Liverpool Echo for 20 years. 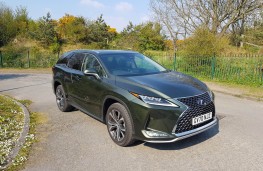 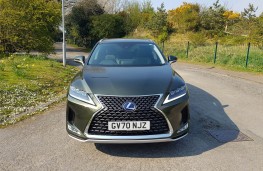 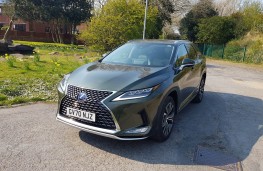 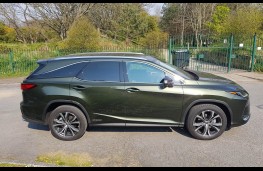 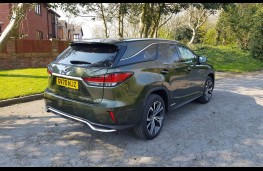 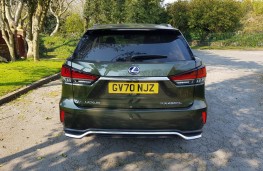 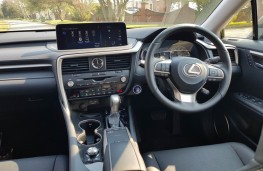 VERSATILITY, or at that time the lack of it in one important area, was the inspiration behind Lexus adding a longer version to one of its most significant models.

Having seven seats in use at any one time may be unusual, but buyers of big luxurious SUVs at least like to have the choice.

And so three years ago the Lexus RX L was born, adding an extra string to the bow of the Japanese brand's worldwide best seller.

It's a success story that shows little sign of slowing down either, as global sales of RX models have now topped the three million mark.

For Lexus, and parent company Toyota, it wasn't merely a case of stretching the car's body by a few inches and banging in a couple more seats.

Instead, the designers decided to create a bespoke body style extending the length of the car behind the rear axle - and although we are only talking 110mms it provides the scope for the third row occupants to have easy access and ample head and legroom.

Keeping things simple is key to seven-seaters and in the case of the RX L the back pair of seats pop up and down electrically at the push of a button in the boot.

And while it's fair to say that the low set position of these seats make them more suitable for kids, they are still proper individual leather-clad chairs with enough clearance from the row in front to eliminate any fears of claustrophobia.

As for boot space, it's adequate with the back seats in place and cavernous with them folded away into the floor.

So we have in the ‘L' a longer version of the classic RX, yet one that doesn't compromise on that car's sporty elegance nor its exceptional fit and finish.

As a self-charging hybrid model just a single engine choice is available, a 3.5-litre V6 petrol unit supported by two electric motors, meaning the Lexus can travel short distances on electric power alone and also be capable of returning an average 34.4 miles per gallon.

We couldn't quite match that official figure but got pretty close with our 31.2mpg consumption.

That said, much of that mileage was returned over a mix of urban and rural roads, through which the car performed in a well balanced and relaxing way, helped along by a suspension tuned towards comfort.

You also get Lexus's Drive Mode Select set-up of Normal, Eco and Sport settings, each adjusting the suspension damping force, engine output, throttle response and other chassis and engine parameters.

A 12.3-inch touchscreen infotainment system comes as standard and features colour sat nav plus a pin-sharp reversing camera, and the premium sound system comes with the added bonus - and these days rare treat - of a CD player. Another throwback is a classy looking analogue clock in the centre of the dash.

On the outside the RX L's face features a wide, jagged effect black grille giving the Lexus some extra menace, though one of the most eye-catching features - and certainly most unusual - is the Terrane Khaki colour of our tested model, a distinguished looking metallic deep green shade. 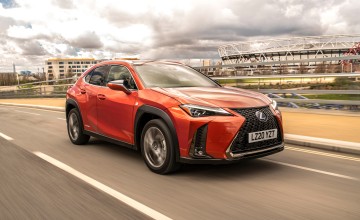 THE car market may be awash with SUVs of various sizes, but Lexus believes... 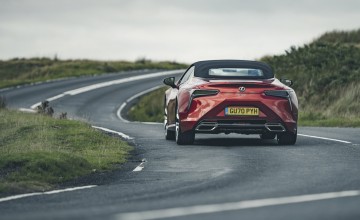 LET'S get the obvious out of the way first - the Lexus LC 500 Convertible looks... 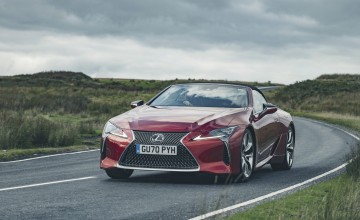 IT'S a bold design team that takes on the brief of creating the world's most...