By Edward Stephens on 2021-10-03 - Edward edits the motoring pages of the Birmingham Mail and Birmingham Post as a freelancer after more than 35 years on the staff. Also writes on motoring for various other newspapers, trade magazines and well known websites. 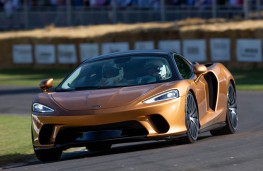 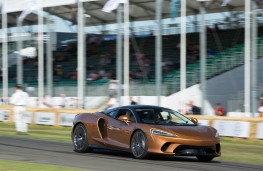 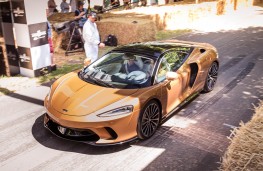 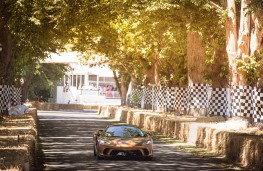 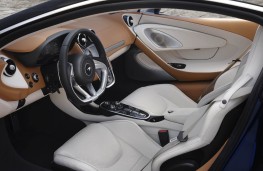 BUYING a supercar often means compromise when it comes to everyday usability.

But not with the latest offering from British manufacturer McLaren, the awe inspiring McLaren GT.

It's car that's just as eye catching as the rest of the company's 200-plus miles per hour models but unlike its siblings can accommodate your golf clubs or even your skis for that annual jet-set trip to Courchevel or St Moritz.

Like every other McLaren it's made of carbon fibre and is powered by a hefty 4.0-litre V8. In this case delivering 612 bhp so it goes without saying that it's quick.

But then there never was a McLaren that wasn't. It's the company's raison d'etre.

But while this is a car that can easily be ahead of the traffic it's just as noticeable for its ability to stop it.

I lost track of the times cars, vans and even lorries pulled up so their drivers could get a better view of what is one of the most stunning models on the road today.

At one red traffic light I had a whole class of children lining the pavement to take in the sight while a cyclist almost fell off his bike looking back. Even our local dustmen were so smitten they asked if they could have a photograph of them gathered around the car.

If you want to get noticed this is the one for you, assuming you have a bank balance for a car which starts at £163,000.

Order it in Ludus blue - an extra Â£6,200 - and you'll have a particularly glamorous version which is guaranteed to always attract a second look.

And like all McLaren models it has the dramatic dihedral doors, which open outwards and forwards so the car looks as if it has wings when they are both open - attracting even more attention.

The GT model is the most refined model from the Surrey factory yet is still instantly recognisable as a McLaren.

It's easy to live with, comfortable, reasonably quiet and is just as happy covering long distances in true Grand Tourer style as pottering along at slow speeds in towns and cities keeping fuel consumption respectably low for a twin turbo V8.

But while it has a softer side little prepares you for the rocket-like propulsion it has when you put your right foot down hard. Even in the more sedate comfort mode setting it's breathtaking. Switch to sport or even track to drive it manually with the Formula 1-style paddles and it almost literally takes your breath away hitting 62 mph in just over 3 seconds on its way to a top speed of 203 mph..

Just the sound of the McLaren V8 bursting into life is enough to make the hairs on the back of your neck stand on end but when you put it into action the raw power is electrifying.

As a mid engined car the GT has superb balance ensuring confidence building road holding and grip, helped by a totally flat underbody which helps to generate down force for high speed stability.

Ceramic brakes ensure that this rear-wheel-drive car stops almost as quickly as it accelerates, coming to a standstill from 62 mph in just 32 metres while electro-hydraulic steering is go-kart sharp yet easy to control.

From the driver's seat the luxurious cabin wraps around you and fully adjustable electrically operated soft grain leather seats allow you to find the perfect driving position - a must in a car with this sort of performance.

It's also light and airy thanks in part to the huge full length powered tailgate under which there is just enough depth for the aforementioned skis or golf clubs.

There is no gear shift. The seven speed-auto box is operated with just three buttons; drive, neutral and reverse.

On the practical side the GT will accommodate some 570 litres of luggage, with a deep well beneath the bonnet capable of accommodating a suitcase to back up the storage space under the tailgate.

The only downside for the McLaren GT for me was the rear vision - or lack of it - when the sun was shining. The extreme angle of the tinted tailgate which makes the car look so sleek meant restricted rear vision on the brightest of days leaving you reliant on the exterior mirrors during normal driving.

When it came to reversing, however, a sharp colour rear view camera removed the problem.

You have to be reasonably agile to get in and out of the McLaren GT as it's less than 4ft high and parking in tight spaces - and being able to get out - can be a work of art because of the giant "butterfly" doors. 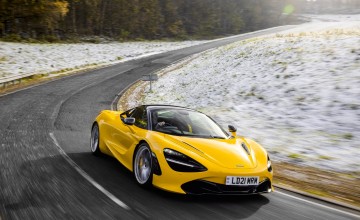