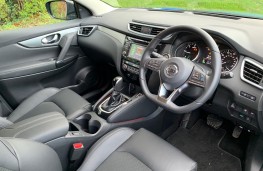 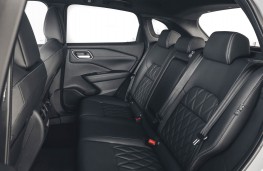 A NEW Nissan Qashqai has just been launched, but the popularity of the outgoing model is such that I doubt there will be the dip in prices that so often happens at such a time.

So it will still almost certainly be sought after by many looking for a family friendly high riding estate with plenty of interior space.

That said, the interiors are a little behind the times, with some switchgear common to cheaper models in the Nissan range, and technology that did not keep up with that available on some of the opposition.

Nonetheless, I have met a number of people who have owned or still have one of Nissan's best selling cars and they have all been delighted with them.

The company's claims that the Qashqai was the first crossover are a little uncertain since the original Honda HR-V and Toyota RAV4 were both ahead of it - probably along with a couple more.

That said, it was the first company to really capitalize on the genre of a high-riding front wheel drive (FWD) SUV for the road.

Almost all the completely British-built Qashqais sold have been FWD. Nissan knows its market, and realised early on that the majority of owners don't want the extra expense and running costs of a 4x4.

They want the high driving position and the feel of something more substantial around them while only having to pay the running costs of a family hatch.

In fact, in the range up to this year, there are only a couple available with all wheel drive. First was the 130bhp 1.6 diesel, and this was replaced by a 1.7 with 150bhp in a major 2017 update. But although it's quicker and has lower emissions, it is less economical.

All are very comfortable over all surfaces, and come with safe, sure handling helped by positive and informative power steering.

The clutch is light and easy, the gearchange slick and there's plenty of legroom front and rear.

While comfort is very good the front seats are too deep, which means the front is too high behind the thighs for shorter drivers, who might well need a cushion since the adjustment does not allow for this angle to be changed. 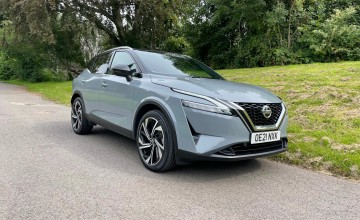 SINCE its launch back in 2006, the Nissan Qashqai has been at the front of a... 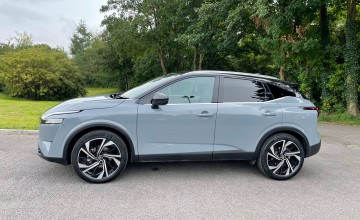