By Chris Russon on 2021-10-29 - The driving force behind Eurekar. Chris heads up a team of motoring correspondents under the Driving Force banner. Prior to Driving Force becoming independent in 2010 he was Chief Motoring Editor for Trinity Mirror Regional newspapers. Chris has been writing about cars for almost 40 years. 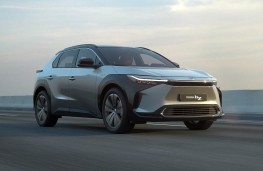 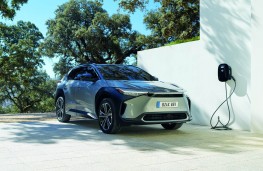 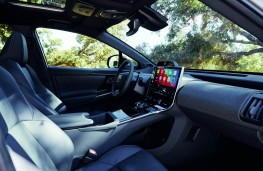 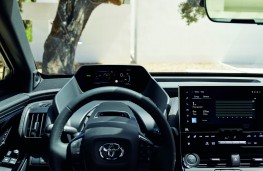 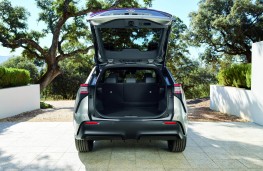 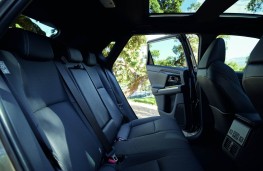 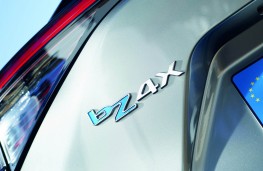 THE first of a new generation of battery electric vehicles has been revealed by Toyota as the Japanese car maker launches its emission-free bZ sub-brand.

The bZ4X SUV is the first model to be developed by Toyota entirely as a BEV and is also the first car to be built on the company's new dedicated BEV platform.

It is based on the e-TNGA philosophy which has been co-developed by Subaru and Toyota and incorporates the battery unit as an integral part of the chassis.

The battery is sited beneath the vehicle floor creating a low centre of gravity, good weight balance and high body rigidity.

It can also be recharged to 80 per cent capacity in just 30 minutes from a fast charger.

The bZ4X is available with a new all-wheel drive system with separate electric motors for each axle.

Toyota says it has drawn on almost 25 years' experience in electrified vehicle battery technology to secure durability and reliability for the lithium-ion battery unit which powers the bZ4X and it says that even after 10 years of driving, the battery is expected to still operate at 90 per cent of its original performance.

With a fully charged battery, expected range is more than 280 miles and the bZ4X will also offer advanced technology features, including a solar panel roof to help charge the battery while driving or parked, and third generation Toyota Safety Sense with new and improved active safety and driver assistance systems.

Compared to the Toyota RAV4, the bZ4X has an overall height that's lower by 85mm, shorter overhangs and a wheelbase that that's 160mm longer than the RAV4 Hybrid. The bonnet line is also reduced in height by 50mm.

Overall agility is reflected in a class-leading 5.7m turning radius.

The front-wheel drive bZ4X is powered by a high-response 150kW electric motor which produces 201bhp enabling 0-62mph acceleration in 8.4 seconds and a top speed of 100mph.

The all-wheel drive model has a maximum power of 214.5bhp with the top speed unchanged, while acceleration to 62mph is reduced to 7.7 seconds.

The system offers the option of single pedal drive with a boost in the braking energy regeneration that lets the driver accelerate and slow the vehicle using only the throttle pedal.

The bZ4X will be the first production Toyota to offer a steer-by-wire system - One Motion Grip - due for introduction in Europe at a later date.

It dispenses with a mechanical linkage between the steering wheel and the front wheels, and adjusts the tyre angle precisely according to the driver's intention, and provides more legroom, improving driving position freedom and ease of entry and exit.

The bZ4X will have its European premiere on December 2 and all performance figures for the vehicle remain provisional prior to homologation. 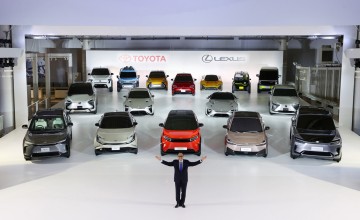 EV plans from Toyota and Lexus

LEXUS is to become an electric-only brand by 2030 as the Japanese luxury car...