By Chris Russon on 2021-10-31 - The driving force behind Eurekar. Chris heads up a team of motoring correspondents under the Driving Force banner. Prior to Driving Force becoming independent in 2010 he was Chief Motoring Editor for Trinity Mirror Regional newspapers. Chris has been writing about cars for almost 40 years. 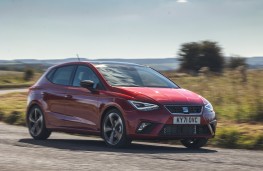 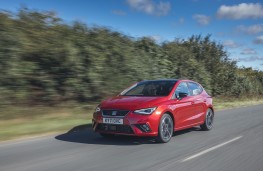 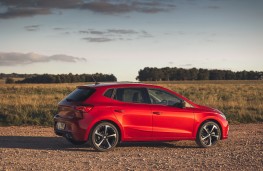 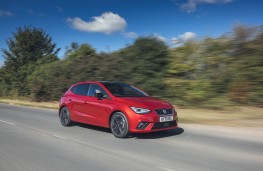 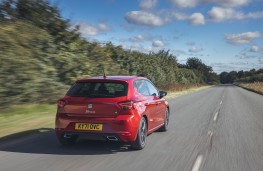 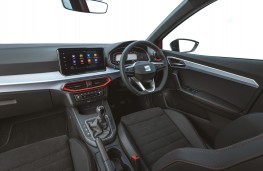 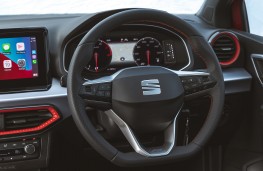 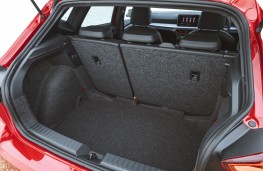 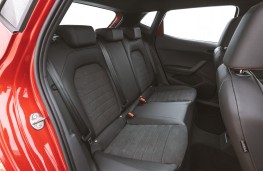 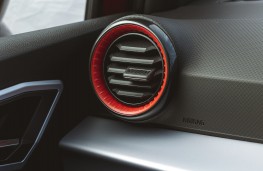 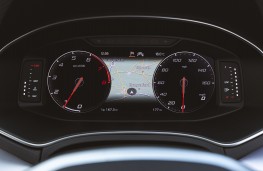 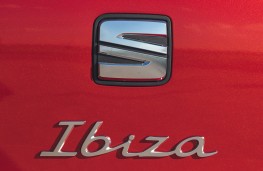 THE latest generation of the SEAT Ibiza is getting a mid-life makeover to keep the Spanish-built supermini right up to date.

Subtle styling changes include LED front and rear lights as standard and a classy looking two-tone chrome SEAT logo with the Ibiza model name in embossed, 'handwritten' lettering displayed across the tailgate.

The interior has also been updated and is now available with a Beats audio system as an option and new-look air vents with surround LED lighting which adds to the ambience inside the car.

Higher grade FR Sport and XCellence Lux models also have a high resolution digital instrument panel with a 9.2-inch display screen for the infotainment system in lieu of the 8.25-inch display on entry level models.

We have just had the chance to sample the new Ibiza in sporty FR trim and powered by SEAT's 1.0-litre turbo petrol engine with 95ps on tap.

That's enough to make the Ibiza nicely lively with a 0 to 62mph acceleration time of 10.9 seconds and top speed of 116mph.

Like other little cars in the VW stable of which SEAT is a part handling is top notch and the car feels well balanced under all circumstances.

With a five speed manual gearbox official fuel economy is rated at 51.4mpg - a slightly conservative figure since on our drive we managed to average 52.7 to the gallon without any issue on our drive. Emissions are 124g/km.

As such the Ibiza FR costs from £19,580 which is competitive and onboard kit includes dual-zone climate control, an auto dimming rear view mirror and automatic windscreen wipers.

It looks the part too with twin exhaust nacelles, a rear spoiler and a flat-bottomed steering wheel which enhances the sporty feel.

Boot space is 355 litres which can be expanded to 1,165 litres by dropping the rear seats which makes the Ibiza nicely practical.

Full smartphone integration is included on every Ibiza as is cruise control, a driver fatigue monitor and a lane keeping system and in FR specification a navigation set up is included as is voice control.

The Ibiza line up is now priced from £16,790 and tops out from £22,030 which sees FR specification sitting firmly in the middle of the six model range.

It's car which has plenty of appeal especially to younger drivers and with its revamped looks it is as contemporary as ever. 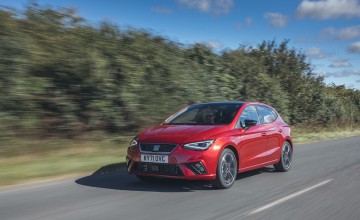 SEAT has come out fighting as the Coronavirus pandemic eases across Europe.The... 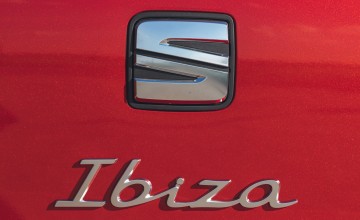 IT'S hard to believe the SEAT Ibiza has been around for almost four decades and...