By Chris Russon on 2021-11-15 - The driving force behind Eurekar. Chris heads up a team of motoring correspondents under the Driving Force banner. Prior to Driving Force becoming independent in 2010 he was Chief Motoring Editor for Trinity Mirror Regional newspapers. Chris has been writing about cars for almost 40 years. 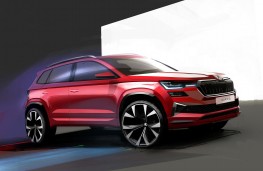 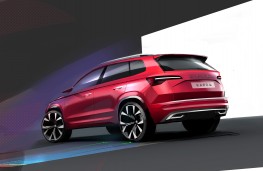 The Czech automobile manufacturer's compact SUV - first introduced in 2017 - is getting a design and technology update.

The two sketches show an updated, more distinctive design with the grille increased in width and now featuring double slats as well as a new hexagonal design, with a wide air intake underneath.

The headlights are more slender than in the current model and extend all the way to the grille while redesigned daytime running lights are now composed of two separate elements each.

Underneath is a second lighting unit for the fog lights or, in the top variant, a separate LED module. Skoda says the headlight configuration enables a characteristic four-eyed driving lights look after dark.

At the back of the car a longer rear spoiler and an updated rear apron with a black diffuser are being introduced while the tail lights now sport a new, sharply drawn design as well.

Like the headlights, they have been slimmed down to emphasise the vehicle's width. Crystalline structures add a special visual effect to the tail lights, which will retain their characteristic C-shaped graphic.

The new-look Karoq will have its premiere in a digital presentation on November 30. 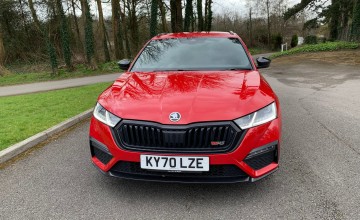 BUYING a new car usually demands some element of compromise.Going for a car...