By Maxine Ashford on 2021-11-28 - Maxine has been a journalist since the late 1980s and for the past 13 years has specialised in motoring. Former motoring editor at Media Wales responsible for the Western Mail, South Wales Echo, Wales on Sunday. Freelance since 2009, Maxine loves cars but not quite as much as rugby! 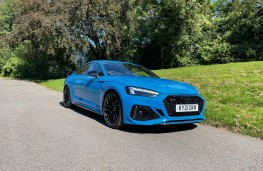 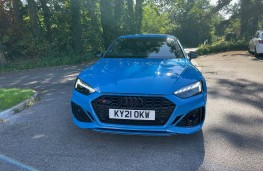 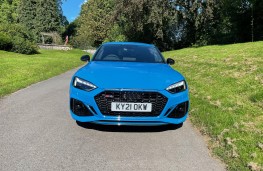 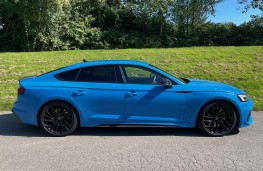 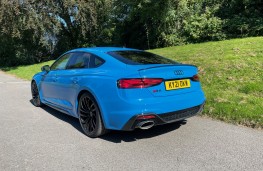 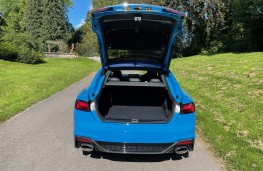 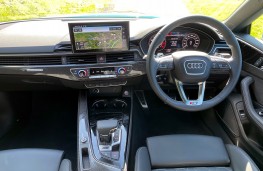 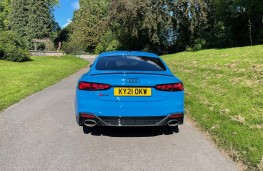 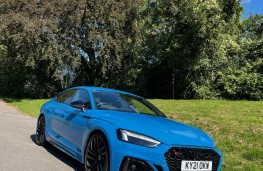 IS the Audi RS5 Sportback one of the finest looking cars on our roads today? According to my neighbours and just about anyone else I managed to ask, it is a resounding ‘yes'.

Of course, if you wander into supercar territory then it wouldn't stand up so well, but for a normal road car (that is anything but normal) the RS5 Sportback is guaranteed to stop onlookers dead in their tracks either by its gorgeous styling or the vocal accompaniment that goes with it.

With a dramatically sloping roofline, the car has all the attractions of a two-door coupe, but this model has four doors for added practicality along with a decently-sized boot.

It can power to 62mph from a standing start in just 3.9 seconds and maxes out at a limited 155mph.

Admittedly the economy figures don't make such good reading with a combined 28.8mpg and carbon emissions of 222g/km, but if you can afford to buy this car, you can almost certainly afford to run it too.

The RS5 Sportback is instantly recognisable as an Audi with its large trademark grille which is blacked out, along with huge air intakes, tinted rear windows, twin tailpipes, narrow tail lights and 20-inch black alloy wheels.

Move inside and the cabin is compact and very driver focused with powered, quilted, leather sports seats that can be heated and offer a massaging function.

There is a touchscreen infotainment system with Apple CarPlay and Android Auto, sat nav, a Bang & Olufsen sound system plus lots of RS badging. There is also a separate panel for all the climate control settings which is always a bonus and less distracting than navigating a touchscreen menu to simply lower the temperature a notch.

Fire up the engine and the RS5 Sportback starts up with a roar that is a hint of what's in store and from there it simply gets better and better.

The twin-turbocharged engine delivers blistering pace with rapid-fire acceleration through the eight-speed automatic gearbox. There are paddles to change gears manually, along with drive modes called Comfort, Auto and Dynamic. No prizes for guessing which one is the most fun there!

The road holding is ultra-confident, the steering precise and the car boasts a low centre of gravity which results in perfect balance through tight bends. And the quattro all-wheel drive system will keep the vehicle in check when driving in more adverse weather conditions.

On motorways, the RS5 Sportback reaches the 70mph cruising speed in a matter of seconds and the ride is both composed and effortless with a firm, but forgiving suspension set-up.

And despite its coupe-like styling, this is a four-door model with room in the back for a couple of adults who benefit from a surprisingly good amount of legroom. The rear seats do slope backwards but are comfortable just the same.

The boot is accessed via a power-operated tailgate and can swallow 465 litres of kit with extra space opening up thanks to 60:40 split folding rear seats.

Elsewhere, there are plenty of storage options throughout the car, including a lockable glovebox, a wireless charging pad, a couple of compact trays, narrow door pockets, nets in the back of the front seats, front and rear cup holders and a secret compartment tucked away beside the driver's right knee. 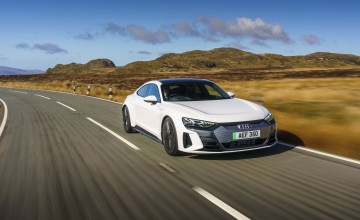 IT has stunning looks, outstanding performance, a beautifully crafted interior,... 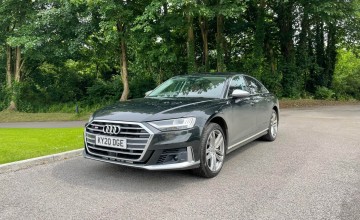 IF the Audi A8 seems a tad too sensible and the R8 is simply too much of an... 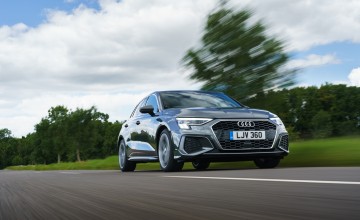