By Chris Russon on 2021-11-29 - The driving force behind Eurekar. Chris heads up a team of motoring correspondents under the Driving Force banner. Prior to Driving Force becoming independent in 2010 he was Chief Motoring Editor for Trinity Mirror Regional newspapers. Chris has been writing about cars for almost 40 years. 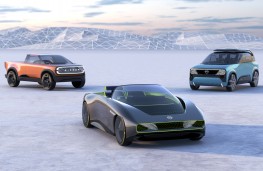 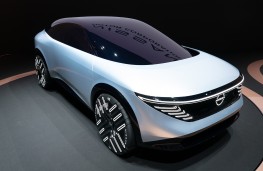 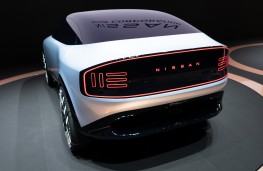 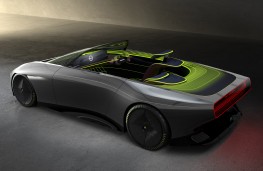 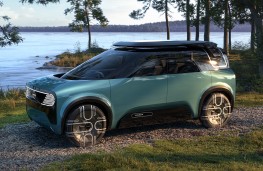 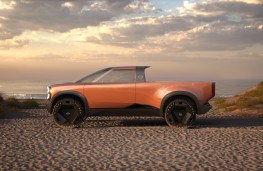 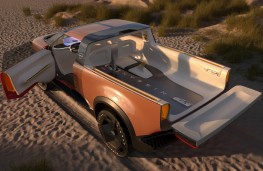 NISSAN has revealed its plans for the electric age announcing a huge investment and 23 new models by 2030.

The Japanese car giant is to pump in more than Â£13,000 million over the next five years to kick-start its Nissan Ambition 2030 strategy which it describes as a ‘new long-term vision for empowering mobility and beyond'.

The vision supports Nissan's goal to be carbon neutral across the life cycle of its products by fiscal year 2050 and the plans include the launch of 15 new EVs with a target of 50 per cent of its vehicles to be purely electric in the next 18 years.

As part of the plans it has revealed four concept models - the Chill-Out crossover, the Max-Out roadster, a Surf-Out leisure-oriented pick-up and the Hang-Out compact SUV.

"With Nissan Ambition 2030, we will drive the new age of electrification, advance technologies to reduce carbon footprint and pursue new business opportunities. We want to transform Nissan to become a sustainable company that is truly needed by customers and society."

The brand says it intends to increase its sales of electrified vehicles in Europe by more than 75 per cent, 55 per cent in Japan and 40 per cent in both the United States and China within the next five years.

The company ass that it will continue to evolve its lithium-ion battery technologies and introduce cobalt-free technology to make EVs cheaper and bring down the cost by 65 per cent by 2028.

"We are proud of our long track record of innovation, and of our role in delivering the EV revolution. With our new ambition, we continue to take the lead in accelerating the natural shift to EVs by creating customer pull through an attractive proposition by driving excitement, enabling adoption and creating a cleaner world," said Nissan chief operating officer Ashwani Gupta.

Nissan aims to expand its semi-autonomous ProPILOT technology to more than 2.5 million vehicles by 2026.

In addition to the technology upgrade, Nissan will localise manufacturing and sourcing to make EVs more competitive and expand its EV36Zero Hub concept which was launched at its Sunderland factory in the UK earlier in 2021 to other core markets including Japan, China and the US.

EV36Zero is a fully integrated manufacturing and service ecosystem connecting mobility and energy management with the aim of realizing carbon neutrality. 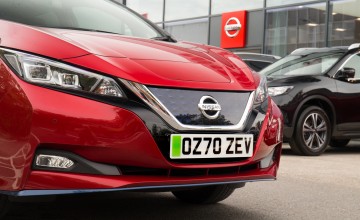 NEW number plates are to be introduced this autumn to identify emission-free...

WHAT can you say that's new about the Nissan Qashqai, the family crossover...