By Jon Smith on 2021-12-12 - Jon is a senior motoring journalist with a background writing for weekly/provincial daily and national newspapers and magazines. He has held executive news and features positions in Fleet Street and evening titles. Former Pirelli Motoring Writer of the Year winner. Currently specialising in product launches, safety issues, car tests and future motoring trends. 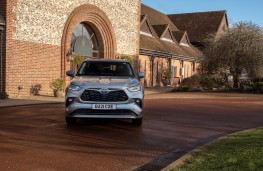 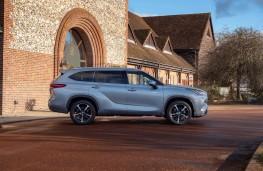 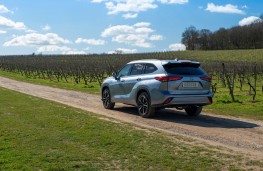 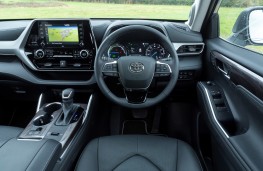 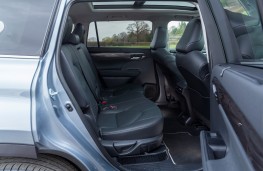 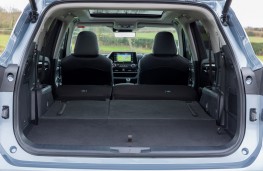 UNLESS you've been hiding away in a cave or taking a trip to the far side of the moon, you'll be aware that the SUV craze has been sweeping the nation...and far beyond.

Particularly popular with manufacturers are large, prestigious SUVs. Chiefly because there's more profit to be made on them.

Enter the Toyota Highlander, a near five metre long beast that's new to UK but has been an ongoing favourite in America, Australia and in its home country, Japan, for the last two decades.

With looks akin to a super-size RAV4, it fits into the range alongside the venerable Land Cruiser which continued in production. With a much more family and road focused nature, the Highlander lines up against established luxury four-wheel-drives such as Audi Q7, Mercedes GLE and Jaguar F-Pace, plus the top Kia Sorento and Hyundai Santa Fe.

But with a price tag of around £50,000 it substantially undercuts many of its rivals.

Those used to the driving habits of the Land Cruiser will be pleasantly surprised at the ride and handling of the Highlander which uses a new platform which is developed from that of the RAV4. It's a smooth rider with well damped suspension and a fluid, compliant nature.

This quality alongside positive steering help make it appealing to drive. Power comes from a 2.5-litre petrol engine coupled to a small battery and an electric motor which gives it reasonable, though hardly startling acceleration. 62mph comes up in an acceptable eight seconds or so.

No shortage of torque - in important factor in an SUV - allows the Highlander to haul its large body at a decent pace when overtaking or joining a motorway.

The four cylinder engine, which feels as smooth as most sixes, is coupled to a CVT automatic gearbox which works better than most similar systems. Steering wheel paddles allow the driver to create artificial ‘steps' in the transmission.

It's a quiet and refined vehicle thanks to muted engine noise and lack of intrusion from road rumble so often provoked by tyres.

Our average fuel consumption of 36mpg was fairly impressive for such a large vehicle and compares reasonably with the official figure of 39.2mpg

Unsurprisingly for a car that measure almost five metres long, there are acres of cabin space. Even with seven seats in place, there's stowage for around 330 litres. With five adults sitting comfortably, cargo area is a generous 658litres and by folding down the second row of seats, more than 1,900 litres of luggage room is freed up.

No shortage of cabin storage space either, with ample bins, bottle holders and places to absorb family clutter.

The interior is smart and comfortable, but not particularly style-centric. Leather seating is a standard fitments and there are plenty of soft-touch plastic surfaces, most of which are dark coloured lending a distinctly sombre tone to the cabin. A panoramic, glass sliding sunroof is standard.

There's much to like about this recent addition to Toyota's range - not least its refinement and its price point. 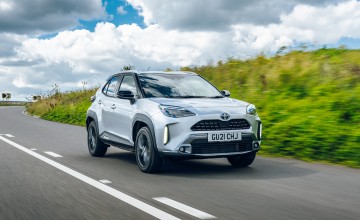