By Jon Smith on 2021-12-19 - Jon is a senior motoring journalist with a background writing for weekly/provincial daily and national newspapers and magazines. He has held executive news and features positions in Fleet Street and evening titles. Former Pirelli Motoring Writer of the Year winner. Currently specialising in product launches, safety issues, car tests and future motoring trends. 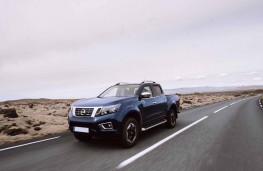 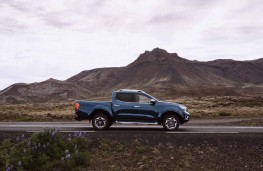 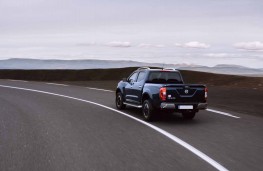 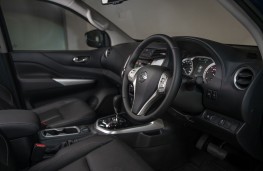 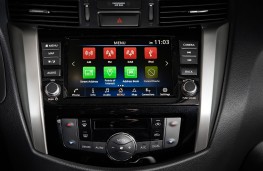 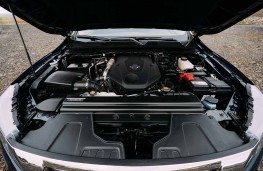 THESE days we are pretty savvy when it comes to bagging a bargain.

Discounting is a way of life among major manufacturers and bargaining is a must for most buyers. And one particular way of saving a bundle hasn't escaped the attention of canny motorists.

Sales of double cab pick-up trucks have rocketed. Is it because more and more of us are joining the building industry. Maybe not. More likely the lure of claiming back the VAT - if you run a VAT-registered firm - is the more likely attraction. Also benefit-in-kind tax is set at a flat rate irrespective of CO2 emissions and price.

So could a five-seater double cab really act as a substitute for a large SUV? Well, we borrowed a Nissan Navara dCI 190 to find out whether it can really double up as family transport.

The Navara was revamped a couple of years ago and the version we drove gets a 2.3litre twin turbo diesel engine coupled to a seven speed automatic gearbox.

Unsurprisingly, the big diesel makes its presence known as soon as it's fired up. It's noticeably rattly at first but soon quietens down. And the car like interior with decent infotainment centre, and switchgear adopted from the X-Trail SUV soon help you forget its commercial links.

In fact, at motorway speeds when the engine throttles back, it's quieter than many mid-range saloons. Sound insulation is good and very little mechanical noise is transmitted back into the cabin. There is, however, some wind noise which partly appears to come from the large external mirrors.

The ride is better than you might expect, too. There's a degree of bounce but this is well controlled thanks to Nissan's use of 5-link rear suspension rather than cruder leaf springs.

No shortage of grunt from the torquey double turbo engine which pulls strongly through the gears, allowing acceleration to 62mph in a reasonably brisk 11 seconds.

The Double Cab is generously proportioned with ample room for three six-footers in the rear while those in the front are well catered for with well-shaped seats and plenty of electric adjustment. Unfortunately the steering wheel only adjusts for rake.

There's a deep storage bin between the seats and large door pockets to hold other oddments. The load bay bed is 1,537mm long, slightly shorter than the more utilitarian King cab. Payload is 1,180kg and towing is a generous 3,500kg.

You need a few muscles to lift and shut the payload bay tailgate which, perhaps surprisingly, lacks power assistance.

There's a grab handle on the passenger side but none on the driver's side - it would be a handy addition when climbing on board.

NISSAN describes its tough and stylish Navara pick-up truck as ‘the ultimate...

Micra to go electric in '24

THE next Nissan Micra will be an all-electric model produced by Renault in...