By Jon Smith on 2021-12-20 - Jon is a senior motoring journalist with a background writing for weekly/provincial daily and national newspapers and magazines. He has held executive news and features positions in Fleet Street and evening titles. Former Pirelli Motoring Writer of the Year winner. Currently specialising in product launches, safety issues, car tests and future motoring trends. 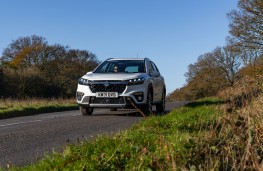 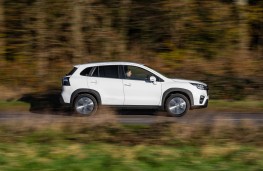 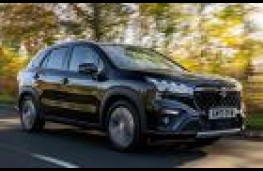 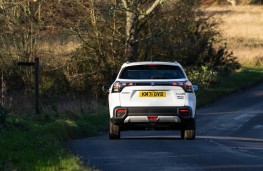 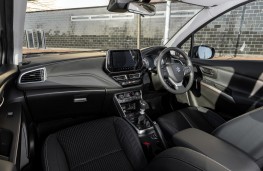 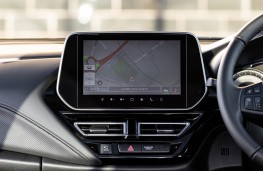 THE plain Jane of the surging SUV market has cast off its drab garb and donned a sparkling new outfit.

Respected for it off-road ability and acclaimed for its good value, the Suzuki S-Cross was nevertheless something of a Cinderella while its more radiant relative, the Vitara, won the popularity contest.

In fact, the Vitara outsold the similarly priced S-Cross by four to one.

The situation has now been redressed - quite literally - and starting next year there's very heavily facelifted S-Cross that has the looks to compete with the likes of the Peugeot 2008/3008, Nissan Qashqai and SEAT Ateca.

It sits on the same platform as before, has a similar 1.4 Boosterjet hybrid engine and the dimensions are largely unchanged but boot and passenger space is a tad more generous.

Slightly longer than the big-selling Vitara, it boasts greater boot space with a capacity of 430 litres, still slightly short of rivals such as the Ateka. In addition to a totally new nose and tail, the cabin has been improved with more soft touch plastic and a more up-to-date infotainment centre.

Two S-Cross versions are on sale - Motion which starts at Â£24,999 and Ultra at Â£27,999. The latter comes with all bells and whistles, including four wheel drive, part leather seating, glass panoramic sunroof and 360 view camera.

Standard issue is the excellent turbo petrol 1.4 engine which pushes out an impressive 129bhp yet has emissions of just 120g/km in two wheel drive form, allied to frugal economy of 53.2mpg combined.

The mild hybrid power unit with Boosterjet technology is a lively performer giving the S-Cross nimble acceleration - 0 to 62mph in less than 10 seconds - alongside decent toque meaning that frequent rowing through the gears is seldom necessary.

Pressed hard, the unit can become a bit vocal, but throttle back and noise levels are pleasantly hushed. Suspension is relatively soft, allowing a composed and comfy ride. There's plenty of grip through corners and the Ultra version's all wheel drive gives an added sense of security.

Payback for the cosseting ride is some body-roll when cornered quickly but this has little affect on the car's stability.

Few small SUVs offer the option of 4WD, so it's all credit to Suzuki remaining faithful to its original principles. It is certainly good news for country dwellers who don't want to spend a fortune on their vehicle.

Although the cabin and facia has been treated to an update, it still lacks the style and panache of Peugeot or the solidity of VW.

Its new body is visually much more appealing than the outgoing version and with the added appeal of hybrid technology which both satisfies environmental aims and improves efficiency, the latest S-Cross will surely be a big success - even if it does put the six-year-old Vitara in the shade somewhat.