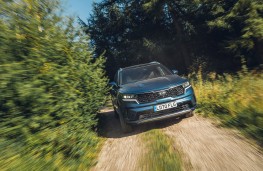 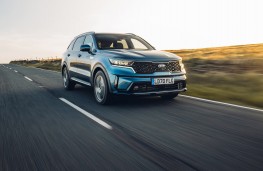 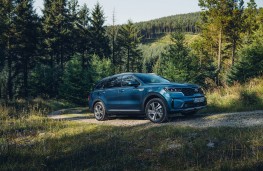 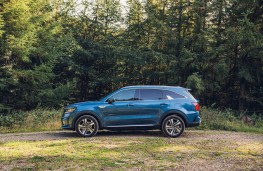 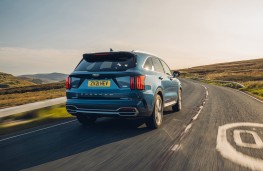 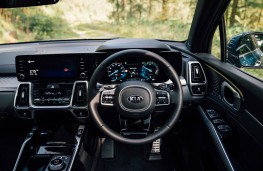 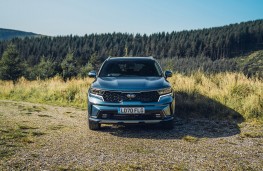 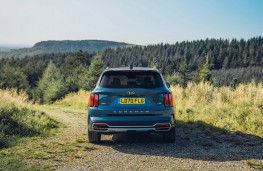 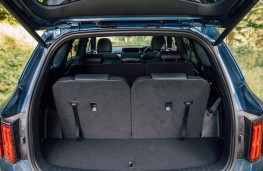 KIA'S latest Sorento is seriously impressive - and at more than Â£40,000 - it needs to be.

It's a price that will put off some badge snobs who will look for something more Germanic but, in all honesty, that's their loss.

The fourth generation of Kia's flagship SUV is one of the roomiest seven-seater SUVs on sale and comes with a classy and upmarket interior.

It's also Kia's most high-tech car ever, due to its connectivity, driver assistance and infotainment technologies.

The Sorento is available with a ‘self-charging' hybrid powerplant, as a plug-in hybrid, and as a diesel. The regular hybrid pairs a 1.6-litre turbocharged petrol engine with a 44.2kW electric motor to produce 226bhp with 350Nm torque with power sent through a six-speed auto gearbox.

With all-wheel drive there's plenty of drive modes to choose from, all selected by a rotary dial arranged in a similar fashion to Land Rover's Terrain response. There's Eco, Sport and Smart, while off-road modes include Snow, Mud, and Sand. That said, it's unlikely to bother a Land Rover off the tarmac.

Inside, it's very upmarket with impressive fit, finish and design, as well as a soft-touch dashboard, metallic trim, leather upholstery and embossed satin-effect surfaces.

The lower centre console features two rotary controls - one for the automatic gearbox and one for the aforementioned drive mode selector, with buttons for the electronic handbrake and other driving functions.

A clear and sharp 12.3-inch digital driver instrument cluster is twinned with a 10.25-inch touchscreen infotainment and navigation system at the centre of the dashboard on grade ‘3' and ‘4' models. Entry level ‘2' models come with an eight-inch infotainment touchscreen but Android Auto and Apple CarPlay are standard on all models.

There's also ‘mood lighting', a wireless smartphone charger at the base of the centre console and a powerful Bose surround-sound system.

As you'd expect for a full-sized SUV, it's not short on space, especially as the hybrid's battery pack is located under the floor of the cabin.

There's now more leg and knee room in the second row, but where you really feel the benefit of the fourth-generation model's extra 35mm of wheelbase length is in the third seating row. It's still an area of the car primarily meant for children but now adults can be more comfortably accommodated on shorter trips.

There's also one of the largest luggage capacities in its class with up to 608 litres on the hybrid. Fold all seats and there's a van-like 1,996 litres. With all seven seats in place, there's still 179 litres. Controls in the side wall of the boot let users fold down the second-row seats backs at the touch of a button.

There's also Kia's clever new Blind-Spot View Monitor, which uses a camera hidden in each door mirror and the 12.3-inch digital screen to show you cars lurking in your blind spots. It's activated when you use the left or right indicator, and projects an image on the screen where the tachometer or speedometer would normally be located. It's an excellent piece of kit.

The Sorento also implements Kia's first Multi-Collision Brake system, which enables the Sorento to mitigate the severity of secondary collisions. It automatically applies vehicle brakes when the airbags have been deployed after an initial collision, further protecting occupants from secondary frontal or side impacts.

All models feature LED technology for the headlights and rear combination lights, as well as for the daytime running lights, front and rear fog lights and high mounted brake light.

Roof rails are also standard and the ‘4' comes with, a head-up display, ventilated front seats and a panoramic sunroof with tilt and slide functionality and automatic electric roller blind. 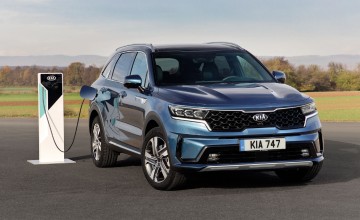 KIA'S new plug-in hybrid version of its latest Sorento SUV will costs from...