By Robin Roberts on 2022-01-01 - Has had with a career spent covering the automotive industry and particularly its Welsh component suppliers - he can not only tell you what goes where but possibly who made it fit. He has been a motoring journalist based in Wales for three decades. 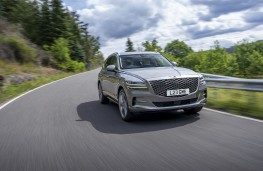 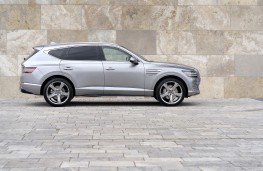 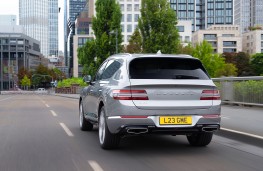 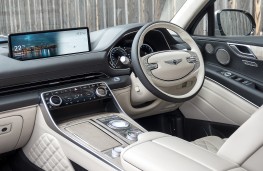 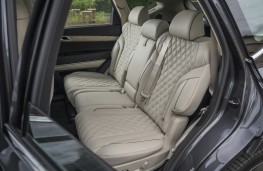 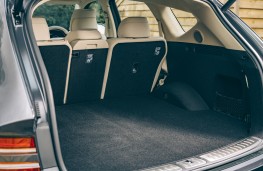 PREMIUM SUVs have had it their own way for a long time in Britain, but things could be about to change.

The arrival of the Genesis GV80 will give those who want to be different, to make an automotive statement, a new way to express themselves.

Genesis chief creative officer is Peruvian-born Belgian Luc Donckerwolke, who before joining the Korean luxury arm of Hyundai in 2015 headed up design in Volkswagen's Bentley and Lamborghini divisions, knows his way around big stylish SUVs and it shows in the GV80.

Some have termed the GV80 a bargain Bentley Bentayga and its upright profile, matrix-nose and substantial tail certainly turn heads in the way the Crewe SUV does.

What's more, slip inside and the rich leatherwork on the wheel, fascia, seats and door trims push home that initial idea. A bit of bright chrome detailing and some subtle use of dark wood reinforce the sophistication.

Even the flying wings badge of Genesis on the wheel-boss can trick the eye.

Mechanically it is a different proposition with the Genesis GV80 launched in Britain as a six-cylinder 278bhp 3.0 diesel or, as we tried, a 304bhp 2.5-litre petrol four-cylinder, both with Genesis designed eight-speed automatic transmission.

Although launching now as the UK presses on with its electric agenda, there is no hybrid or electric model in the Genesis range of saloon, shooting brake and five or seven seat SUV models but the brand wants to establish itself before it moves to the low emissions line up it has developed.

They will come with the ranges updated in 2022 and there is after all still a market for petrol and diesel among drivers who need them.

Genesis unique selling point in what is a marketing led launch programme is the fact only one "studio" showroom exists for the brand in the UK at the moment in Westfield Shopping Centre, London.

Here, predominantly female personal assistants recruited from the hospitality and service sectors will liaise with potential buyers and arrange road test deliveries, sales and on-going service assistance and part-exchanges. Other studios will follow in due course.

The GV80 launch SUV is big and its closest rivals are probably from German, British and Japanese assembly plants, so this Korean stands out in more ways than one.

The powertrain in our four-cylinder model packed a good punch and the in-house automatic was extremely smooth accelerating or decelerating with mode switch to stretch economy or sharpen responses and performance. It can also be set up for normal road use, mud, sand and snow to optimise grip. Our test car was fitted with £7,300 extras including innovation pack, comfort seats and Lexicon audio as well as electronic limited slip differential.

While the transmission was near silent, the busy 2.5 litre engine wasn't and its composure at rest gave way to a more excited note when the throttle was pressed hard and this noise added to the ever present road-rumbles from the 22-inch wheels and wide tyres.

The front mounted camera monitors the road and instantly adjusts the front suspension to soften it but the ride was firm, not really hard, while it gripped very well and did not show up any surprising or worrying traits through bends taken at speed. It stayed planted on the road and responses to brakes and steering were good, although the turning circle was bigger than I expected. Feedback was good through the wheel and foot pedal and the parking brake securely held it on our regular test hill.

Secondary controls were really well laid out, close to hand and operated with a satisfying smoothness while the 12.5-inch instruments display infront of the driver was very clear, really well lit and coloured and supported by a very good on-board computerised display with a 14.5-inch infotainment screen in the centre of the dash.

Climate control was excellent throughout the big cabin, finely adjusting and streaming chosen air anywhere with a low noise but strong output.

I liked the oddments room for a family car whether infront or back and the huge loadspace will find favour with many, partly because it's easy to access and a sensible shape, quickly expanding as the rear seats drop down.

Access for driver and passengers is also very good with big wide opening doors, slight step up and once inside the room was truly excellent. We had to collect a passenger with a back injury from a hospital over 80 miles away and he praised the access and room inside as well as the journey home in considerable comfort, despite his injury.

The front seats have huge adjustment available and were both chilled and heated on the test car, wrapped around the occupants and even those in the back remarked on the support and deep comfort, which included heating.

Visibility was excellent with low waistline, big windows, bery good headlights and highly effective washers/ wipers, backed up by quick clear screens. There were limited blindspots and the on-board cameras worked well to front and back as well as under the door mirrors when negotiating tight parking spaces or overtaking. The GV80 has also scored five-stars in the EuroNCAP tests this year.

Apart from the constant road noise, some suspension bump thump over bad bits and the rising engine notes, the wind and other mechanical noises were very low and not intrusive.

The GV80 is well equipped with a sophisticated sound system, a plethora of driving aids to enhance enjoyment, safety as well as increase capability and comfort so it's an ideal long-distance cruiser and it can return a good economy figure.

Lastest Bentley is a diamond delight

THE latest version of Bentley's luxurious Continental GT Convertible will have... 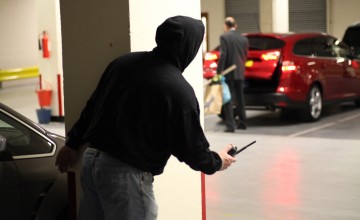 Keyless car theft on the rise 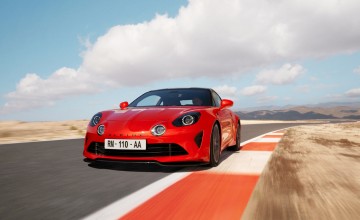 FRENCH sports car specialists Alpine have revealed a new structure to its A110...