By Mike Torpey on 2022-01-01 - Driving Force news editor and responsible for organising our daily output. He was staff motoring editor of the Liverpool Echo for 20 years. 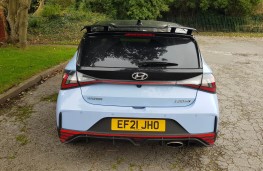 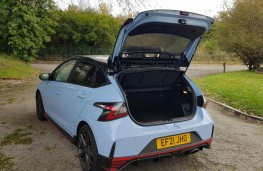 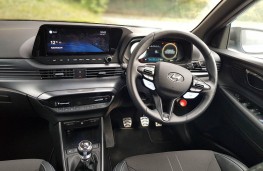 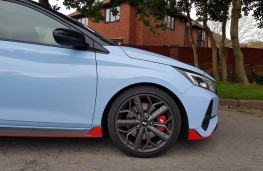 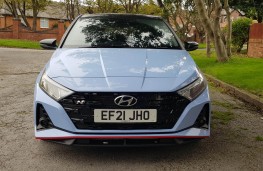 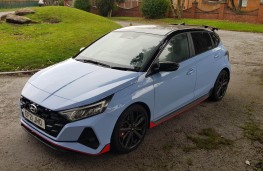 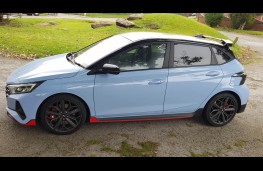 COLOSSAL performance, pin-sharp handling and rally-inspired style - all with change from Â£25,000.

Sounds like someone's having a laugh . . . except that they aren't, it's true.

There's a new model out there that does all these things and more, ao take a serious look at the Hyundai i20 N, a genuine hot hatch that also offers comfort, kit and space in equal measure.

The defining letter here is the N which stands both for Namyang - where the Korean brand has its research and development centre - and Nurburgring, the German racetrack where Hyundai's sporting models are sharpened.

In this case we are talking razor sharp because not only does the i20 N have colossal performance for a small car but its chassis provides sensational grip.

Beneath the bonnet is a 1.6-litre turbocharged petrol engine developing a hefty 201bhp, sufficient for the supermini to scorch from standstill to 62mph in 6.2 seconds and on to a potential top speed of 142mph.

Factor in the motorsport features that come as standard and the result is a rally car for the road.

Leading the way is something called the N Corner Carving Differential, a limited-slip diff that regulates power to the front wheels for optimum grip and traction.

Then there are the five driving modes - Normal, Eco, Sport, N and N Custom - plus a muffler control set-up that lets you create a preferred exhaust note, and the gargling sound when you lift off the throttle sounds terrific.

And configured specifically for track-day driving there's launch control for maximum lift-off. You just press the red button on the steering wheel and Hyundai's rev-matching tech kicks in for racy gearshifts.

With all this power on tap, along with a raft of dynamic enhancements including a beefed-up chassis, you would expect fuel economy to be compromised.

None of it, we averaged 39.1 miles per gallon over 200 miles of mixed motorway, urban and rural driving, a return that compares admirably with the official Combined figure of 40.4mpg.

The car's fabulous performance is matched by its looks too. Racier bumpers than the standard i20, side skirts, flash style tail lamps and 18-inch alloy wheels with red callipers give the ‘N' the look of a World Rally Championship model.

A distinctive red stripe running around the front lip spoiler and extending to the side skirts and rear of the car adds to the effect and looks extra special alongside the Performance Blue paint finish (a £550 option) and two-tone black roof (an added £500).

It's all enhanced by a WRC-inspired roof spoiler designed to boost downforce and stability at speed.

Move inside and there are bucket seats up front and plenty of space for adults in the rear, where access is easy due to the i20 N only being available as a five-door model, while boot space is fair at 352 litres. 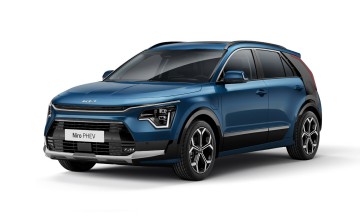 A HOT version of Hyundai's i20 supermini will be on sale early next year as the...