By David Whinyates on 2022-02-01 - David is one of the UK’s most experienced motoring writers and was instrumental in setting up the Driving Force syndication service for Britain’s biggest regional newspaper group. Former Chief Motoring Editor of Trinity Mirror Regionals, he is Driving Force’s Consultant Motoring Editor and a director of Driving Force Media Ltd.

ASTON Martin is aiming to jet to the top of the luxury SUV market with a new high-performance version of the DBX which the company claims is ‘the fastest, most powerful, best handling and most engaging car of its kind'.

It's named the DBX707 and, just like the Boeing plane which bore the same numbers, it's a real flying machine capable of covering the 0-60mph benchmark sprint in less than 3.3 seconds.

The hyper-SUV's staggering, supercar-like performance is achieved thanks to a massive increase in power output for the company's four litre, twin-turbo V8 engine.

Led by Aston's head of powertrain engineering, Ralph Illenberger, the company's engineers installed new turbochargers and a bespoke engine calibration system to liberate more power and torque. At a shade under 700bhp the 707's engine is almost 155bhp more powerful than the ‘standard' DBX's V8 while its' massive 900Nm of torque is 200Nm more.

Aston says that, compared with the DBX, every area of the car has been enhanced to boost performance, intensify driving pleasure and amplify its on-road presence.

The 707 is set apart from the standard DBX by distinctive styling touches include a larger, satin chrome, six-bar front grille, new air intakes and brake cooling ducts, plus a new front splitter profile.

In addition there are dark satin chrome window surrounds and new louvred bonnet blades along with gloss black side sills, which now feature a deeper and more heavily sculpted profile. At the rear a new lip spoiler has been added to the roof wing to reduce lift and increase high speed stability, along with a new rear bumper and a significantly enlarged twin rear diffuser finished in satin black.

Heated sport seats with 16-way electric adjustment are fitted as standard and there are three choices of interior environments - standard-fit Accelerate, which features a mix of leather and Alcantara upholstery, as well as the optional Inspire Comfort and Inspire Sport, which comes with full Semi-Aniline leather complete with embroidered Aston Martin wings on the headrest, a contrast stripe down the centre of the seat and perforation pattern in the seat back and base cushion.

Prices have yet to be announced but are likely to be revealed nearer to the time when the first models are ready for delivery in early Spring.

Aston Martin's chief executive officer, Tobias Moers, says: "With the DBX707 we have pushed the boundaries in every area to create a car which sets new standards of performance and desirability. The fastest, most powerful, best handling and most engaging car of its kind, it propels Aston Martin to the pinnacle of SUV performance." 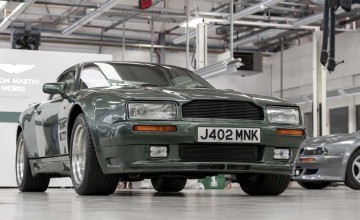 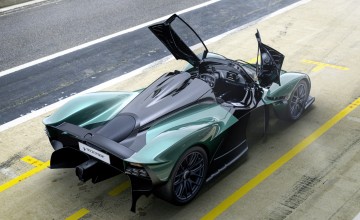