By Edward Stephens on 2022-02-26 - Edward edits the motoring pages of the Birmingham Mail and Birmingham Post as a freelancer after more than 35 years on the staff. Also writes on motoring for various other newspapers, trade magazines and well known websites. 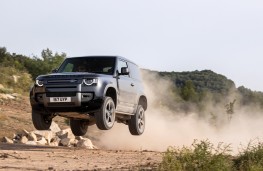 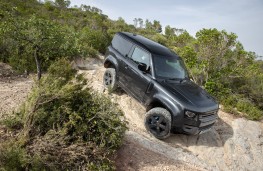 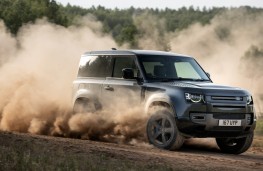 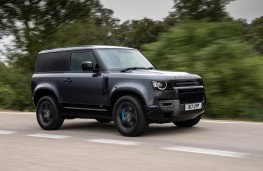 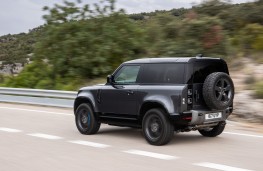 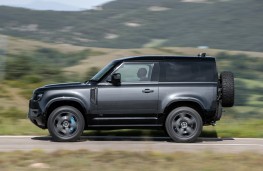 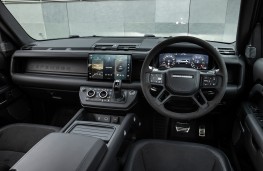 WHEN Land Rover announced it was replacing its iconic Defender there were cries of despair from die-hard enthusiasts in all corners of the world.

But keen as these traditionalists are on the old style model I defy any of them to criticise the latest version of the new Defender range - the mighty V8.

Like its predecessor, which traces its history back in one form or another more than 73 years the newcomer is available as a Defender 90 or Defender 110.

I sampled the shorter of the two, the 90, which also comes with two rather than it's bigger brother's four doors.

Bold, upright and with a definite nod towards the shape of its famous forbearer it reminded me in the nicest possible way of a giant Tonka toy.

But the 5.0-litre V8 is no plaything. Not only can it tackle the toughest off-road terrain in the world it can also satisfy the needs of the most demanding speed enthusiast.

With a top of speed of 149 miles per hour and a 0-62 time of just 5.2 seconds the Defender 90 V8 - easily recognisable by its quad exhausts and Xenon blue brake calipers on the front - is likely to have a lot of appeal to drivers who normally won't consider changing from their high performance German brands.

Many of the saloons and hatchbacks from these marques tend to bear a strong resemblance to each other but nothing looks like the Defender 90.

But, while as a Land Rover its off-road ability is second to none thanks to its Terrain Response system, I find it hard to believe that many V8 customers will use this vehicle for that sort of work.

It's the most powerful and fastest Defender ever built and its performance is awesome.

With 525bhp under the bonnet it's a real flyer. From behind the wheel you forget you are driving a 4x4 and start thinking rocket ship.

The engine is mated to an eight-speed automatic gearbox, but good as this is this Defender really comes to life when you drive it manually with the paddles behind the steering wheel. As the throaty V8 roars you really begin to appreciate just why this car is so expensive.

You just need to keep a wary eye for a flashing blue light in the rear mirror, which is not as easy as it might sound as the view from behind is somewhat obstructed by the rear headrests and the top of the spare wheel mounted on the side opening rear door.

Land Rover have thought of this, however, and at the flick of a switch the mirror turns it into a monitor for a camera mounted under the spare wheel giving you a panoramic view of what's following you.

Because of its height and ground clearance - the Defender rides on 22-inch wheels - there's inevitably some roll on corners but it's all nicely controllable and the handling is superb.

That height, however, can cause problems for some people when trying to get in. And getting into the rear seats can be a real struggle as the front ones don‘t move far enough forward. It definitely takes practice.

Once inside, however, there's space in abundance for rear seat passengers.

The interior is up-market and classy with a head-up display, leather upholstery, a suede-finished heated steering wheel and heated seats back and front.

The aforementioned height means superb all round vision and an opening glass sunroof ensures plenty of interior light.

What is disappointing on this car is the luggage space, or lack of it. The area from the back of the rear seat to the rear door measures just 16 inches at its maximum, although you can fold down the rear seatbacks to give you additional space. 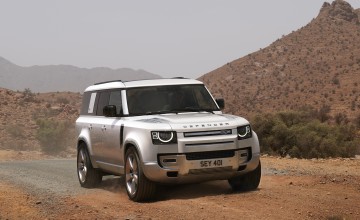 THE eight-seat stretched version of the Land Rover Defender will cost from...