By Chris Russon on 2022-03-04 - The driving force behind Eurekar. Chris heads up a team of motoring correspondents under the Driving Force banner. Prior to Driving Force becoming independent in 2010 he was Chief Motoring Editor for Trinity Mirror Regional newspapers. Chris has been writing about cars for almost 40 years. 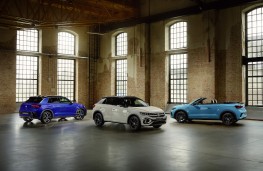 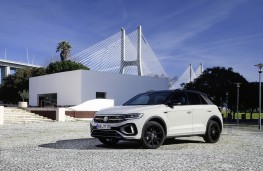 PRICES have been announced for the latest versions of the Volkswagen T-Roc compact SUV with the 24 model line up starting from £25,000.

The changes involve all models in the range including the cabriolet and the performance-oriented T-Roc R.

Subtle alterations to the exterior see a new-look grille and front design while on the inside the dashboard has been restyled to include VW's digital cockpit display.

Seven engines are available across the standard T-Roc range, with both three and four-cylinder units, petrol and diesel options, six-speed manual and seven-speed DSG variants.

Power ranges from 110 to 190ps on turbo petrol variants with all-wheel-drive available on both higher powered petrol and diesel models.

The cabriolet is petrol only with three powertrain options while the T-Roc R has a 2.0-litre 300ps engine enabling a 0 to 62mph acceleration of 4.9 seconds and a maximum of 155mph.

Fuel economy ranges from an average of 33.2mpg for the T-Roc R to 60.1 for 2.0-litre diesel versions with the leanest petrol powertrain delivering 47.1mpg.

VOLKSWAGEN's popular compact SUV, the T-Roc, will be getting a facelift next...