By Chris Russon on 2022-03-07 - The driving force behind Eurekar. Chris heads up a team of motoring correspondents under the Driving Force banner. Prior to Driving Force becoming independent in 2010 he was Chief Motoring Editor for Trinity Mirror Regional newspapers. Chris has been writing about cars for almost 40 years. 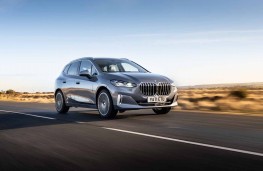 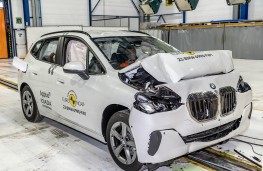 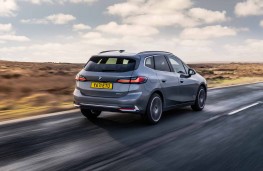 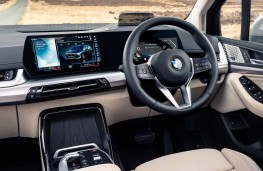 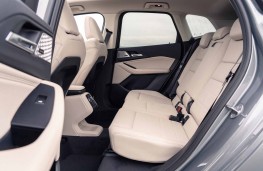 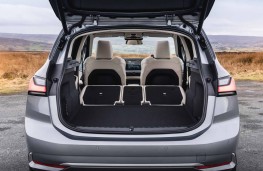 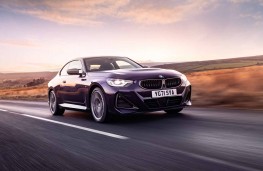 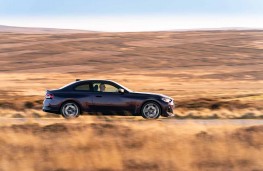 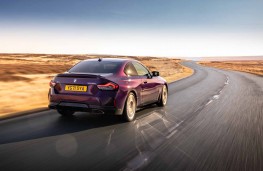 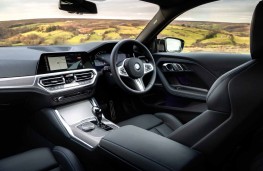 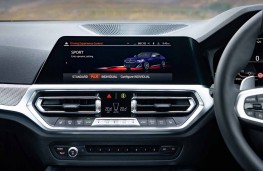 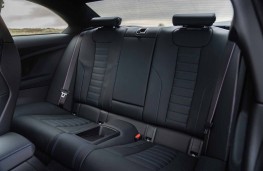 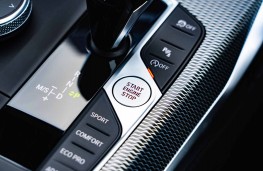 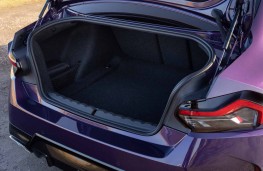 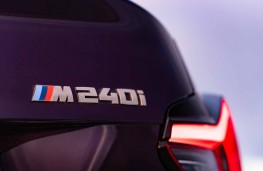 BMW is doubling up with its 2 Series line up with a new Active Tourer MPV and a feisty coupe.

In differing parts of the motoring spectrum, the two models have their own audience but each offers plenty.

The Active Tourer has family appeal while the 2 Series Coupe is more specialist and aimed at those who want a car with style and panache.

Under the skin, both are very different from their predecessor and show off the latest in BMW's technology.

We have just tried out both newcomers in the shape of a 223i Active Tourer with its new 48-volt mild-hybrid powertrain and a very sporty M240i with a 3.0-litre straight six turbo petrol engine offering mighty performance.

The Active Tourer is the only people mover in the entire BMW range and since it arrived in 2014 it has become something of trailblazer for the Bavarian brand notching up some 40,000 sales worldwide with 10 per cent of those in the UK.

More importantly for BMW in Britain, 80 per cent of those sales were to drivers new to the brand and the company has high hopes the trend will continue with the second generation vehicle.

The newcomer now has a large trademark BMW kidney grille and LED headlights which give it a commanding look while it is more than an inch longer than before, improving interior space considerably.

Luggage space on the 223i Active Tourer ranges from 415 to 1,405 litres, there is more legroom in the rear with seats that can slide some six inches fore and aft.

But it is in the front where the greatest changes appear and those include quite a minimalist approach to the instrumentation with only a handful of controls on a ‘floating' centre console set above a large open storage area.

The dashboard continues the theme with BMW's new Curved Display which comprises a 10.25-inch digital instrument panel and a 10.7-inch central display behind a single transparent sheet. The only physical controls you will find on the dash are two buttons for the ventilation system.

There's no gear lever but a toggle switch set up while the parking brake is electronic with an auto-hold function - it's all very modern and mainly controlled either from the central display screen or via voice.

Much of the technology has filtered down from BMW's all-electric iX and i4 models and the arrival of its latest computerised operating system is the first in one of its more compact cars.

On the road it performs in fine fashion and with the engine developing 218hp it's quick enough with a 0 to 62mph acceleration of seven seconds, a maximum of 150mph and fuel consumption ranging from 42.8 to 47.1mpg with emissions as low as 137g/km.

We saw an average of 39.5 to the gallon with the top grade M Sport model we tried was priced from £35,870 although extras such as adaptive headlights, a panoramic sunroof and a extra tech such as a head-up display took that up to £41,489.

A three-cylinder 220i 1.5-litre petrol engine is also available as is a four cylinder diesel, the latter being rated a up to 58.9mpg on average.

All versions come with seven-speed dual clutch transmissions that have now been updated to switch into park mode as soon as the engine is switched off.

Come the summer and plug-in hybrid versions will be on stream and those promise to offer up to 49 miles of emission-free driving.

The coupe meanwhile has been completely restyled giving it a much more pronounced ‘three box' shape with a long bonnet dominated by a power bulge that gives way quite abruptly to the cabin and a short boot.

Performance from the M240i we sampled is awesome for a car costing from £45,795 and with all-wheel-drive the road holding is sublime.

While more conventional inside than the Active Tourer - the layout is much more similar to that of the current 4 Series model - it is supremely comfortable and has a proper sports car feel.

In fact the new coupe is now more of a shortened 4 Series than a stretched 1 Series as before and that means out has gone the front-wheel-drive set up of the previous car.

Boot space is also increased to 390 litres and although the loading lip has been lowered slightly the opening remains fairly narrow.

Head-up display makes its debut for the 2 Series Coupe and all versions - the range includes a 220i and 220d diesel - now have an eight-speed automatic transmission.

The 3.0-litre six-cylinder block in the M240i delivers a sublime drive and with 374hp on tap can sprint from 0 to 62mph in just 4.3 seconds. Top speed is restricted to 155mph and while BMW claims an official average of 34.9mpg with emissions as low as 185g/km the best we saw was 29.2 to the gallon.

For those who crave a compact coupe with astonishing performance the M240i leaves little to the imagination.

It is thunderously powerful and in sport mode the enhanced sound from the exhaust is truly satisfying.

A completely different beast to the Active Tourer, the coupe is in a niche of its own but both models have a loyal fanbase that looks set to expand. 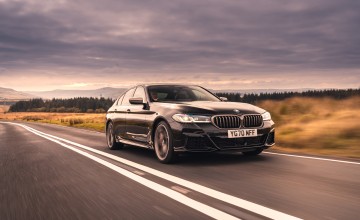