By Chris Russon on 2022-03-29 - The driving force behind Eurekar. Chris heads up a team of motoring correspondents under the Driving Force banner. Prior to Driving Force becoming independent in 2010 he was Chief Motoring Editor for Trinity Mirror Regional newspapers. Chris has been writing about cars for almost 40 years. 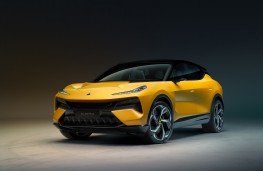 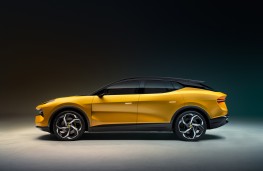 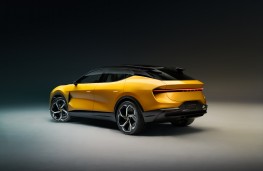 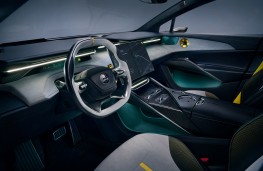 AN electric hyper-SUV has been unveiled by Lotus as the British sports car maker continues its assault on the global auto market.

Described as car for those who dare to look beyond the conventional, the Eletre is the first of three lifestyle EVs to be released by the Norfolk-based brand.

With a power output of 600hp and a 0 to 62mph acceleration time in less than three seconds with a top speed of 161mph.

Lotus says the Eletre has a range of up to 373 miles on a full charge and can be recharged to 80 per cent capacity from a fast charger in just 20 minutes.

The car - said to be inspired by the Lotus Evija electric hypercar - will go into production later this year at new factory the company is building in China.

It is the first five-door car to be produced by the brand and is the first time Lotus has broken away from building sports cars.

Technology includes the most advanced active aerodynamics package on any production SUV, and intelligent driving technologies such as the world's first deployable Light Detection and Ranging (LIDAR) system in a production car.

Matt Windle, managing director of Lotus Cars, said: "The Eletre is a bold and revolutionary new car, delivering on our commitment to move Lotus into completely new automotive segments as we widen our global appeal and accessibility.

"This is a momentous point in our history and a clear signal of our ongoing desire to transform our business. It is a true Lotus, and we're confident it will delight performance car customers and offer a distinct alternative to the segment's established players.

"The Eletre has the soul of a Lotus and the usability of an SUV. Alongside the Emira sports car, this is the perfect two-car garage from Lotus."

It measures 5.1 metres in length, some 2.2 metres wide and is 1.6 metres high with a wheelbase of just over three metres.

Qingfeng Feng, the company's chief executive, added: "While the worldwide critical acclaim for the Emira has reaffirmed Lotus' position as a respected sports car marque, the Eletre will make Lotus accessible to a whole new audience.

"It is a compelling alternative for those who desire a true driver's car but whose lifestyle demands something more practical than a traditional sports car. And it is only the start for Lotus - there is much more to come."

The Eletre is the first in a new range of premium lifestyle performance electric vehicles to be built at an all-new state-of-the-art production facility in Wuhan, China.

The car has been ‘Born British, Raised Globally', with design led by the UK, supported by collaborative work with teams in China, Sweden and Germany.

The overall exterior and interior design has been led by an international team based at the Lotus Tech Creative Centre (LTCC) in Warwickshire.

The car features many high-tech elements including lightweight carbon fibre and aluminium construction while a deployable LIDAR sensor is mounted at the top of the windscreen.

The LIDAR system means the Eletre supports end-to-end autonomous driving technology and is future-proofed for further development. Further capability can be added via over -the-air software updates, as and when it is allowed by local market regulations.

Four drive modes - Range, Tour, Sport, Off-Road and Individual - are fitted which adjust the steering, damper settings, powertrain and accelerator pedal response and those are standard on all versions.

Other standard features include air suspension and continuous damping control, active ride height, active rear axle steering, an active anti-roll bar and torque vectoring via braking while the interior - although state of the art - is typically minimalist as a further weight-saving measure.

The Eletre is due to go on sale in 2023 and although prices are still to be confirmed it is understood the range will cost from less than £100,000.