By Chris Russon on 2022-04-20 - The driving force behind Eurekar. Chris heads up a team of motoring correspondents under the Driving Force banner. Prior to Driving Force becoming independent in 2010 he was Chief Motoring Editor for Trinity Mirror Regional newspapers. Chris has been writing about cars for almost 40 years. 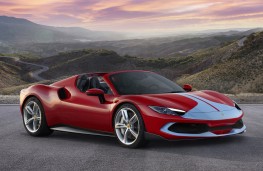 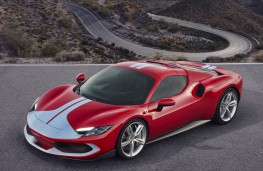 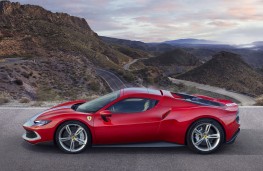 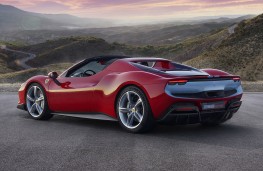 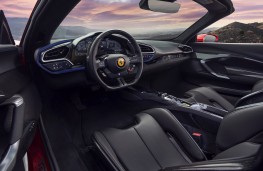 FERRARI has unveiled an open top version of its 296 hybrid supercar making it the brand's first six-cylinder spider.

The 296 GTS sits alongside the 296 GTB coupe and uses Ferrari's new 819bhp 120-degree V6 engine coupled with an electric motor.

Performance figures are a 0 to 62mph acceleration time of just 2.9 seconds and a top speed of more than 205mph.

The very first Ferrari V6 debuted on the 1957 1,500cc Dino 156 F2 single-seater which was followed in 1958 by larger displacement versions on the front-engined sports prototypes - the 196 S and 296 S - and the 246 F1 car which powered Mike Hawthorn to the F1 Drivers' Championship title the same year.

The drop-top 296 GTS has a three-litre engine and Ferrari says the roof takes 14 seconds to retract - an operation which can be done at speed of up to 28mph.

As a plug-in hybrid the 296 GTS is rear-wheel-drive, has an eight-speed dual clutch automatic transmission and is said to be capable of up to around 15 miles of zero emission driving at speeds of more than 80mph.

Ferrari says that with the roof up the GTS has the same aerodynamics at the GTB coupe and with its active spoiler deployed it delivers the same downforce as the hard top model.

Fuel economy data is currently under homologation and is to be released later as is pricing information although the 296 GTS is expected to cost from around £300,000. 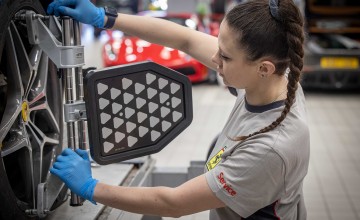 AN evolution of Ferrari's industry-leading range of aftersales assistance,...