By Edward Stephens on 2022-04-24 - Edward edits the motoring pages of the Birmingham Mail and Birmingham Post as a freelancer after more than 35 years on the staff. Also writes on motoring for various other newspapers, trade magazines and well known websites. 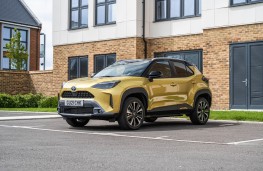 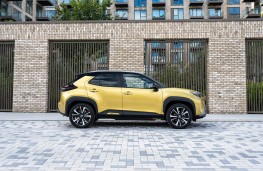 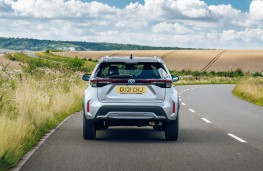 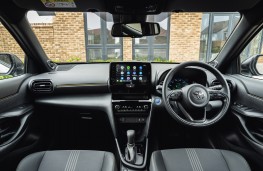 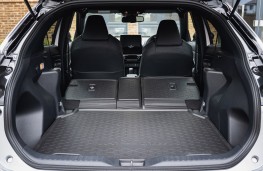 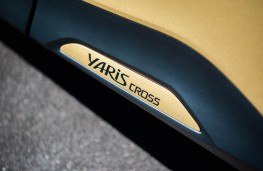 TOYOTA'S award winning Yaris is one of the Japanese brand's biggest selling models so it's hardly surprising that the car maker is cashing in on it by expanding the range.

Hot on the heels of the dynamic Yaris GR hot hatch comes the Yaris Cross.

The Cross has been designed to appeal to buyers in the current dominant sector of the market, the SUV group.

And while it has the DNA of the regular Yaris the newcomer is 95 mm taller, 20mm wider and 240mm longer so it looks a little like a Yaris on steroids.

But with that growth comes some very stylish design cues reportedly based on the larger, eye catching Toyota RAV4.

More importantly this SUV is a hybrid, powered by a combination of a 1.5-litre, three-cylinder engine and an electric motor which between them produce 114bhp.

And it's all driven through a smooth CVT automatic gearbox.

The result is a car that runs on electric power far more often than it seems feasible to do so and so gives super economy.

Using the fourth generation of Toyota hybrid technology it seamlessly morphs between full electric power, pure engine power and a combination of both to give the best in any given situation.

For most of the time noise levels are low but do rise noticeably when you put the three-cylinder engine under any pressure.

And unlike its sibling the Yaris GR it's not one of the quickest cars around but it is smooth and it is efficient and in normal motoring you are never really left wanting.

There are three driving modes available, eco, power and the regular default mode which uses a combination of both.

For conscientious drivers there is also a button near the gear shift which lets you switch to pure electric mode for driving through towns and cities.

And the high driving position and excellent all round visibility make the Yaris Cross an easy car to live with.

The cabin is super smart, up-market and trendy with particularly nice styling features on the door interiors.

In front of the driver is a three-dial binnacle with the oversized half moon shaped speedometer taking the centre stage. To the left of it is a power monitor marked charge, eco and power so you know exactly what the drive system is doing.

At the same time on the 9-inch central touch screen you can watch an instant readout of where the power is coming from at any given time.

There is generous interior space for passengers for a car of this size and beneath the power tailgate is a clever double decker style boot which can accommodate a generous 397 litres of luggage with the rear seat backs upright and 1,097 litres with them lowered.

The Premier Edition, driven here comes with a lot of nice features including a head-up display, a reversing camera, heated leather seats, a premium sound system and keyless entry and exit.

You also get a two-tone colour scheme with the roof in a contrasting hue to the bodywork and a dynamic range of shades available. 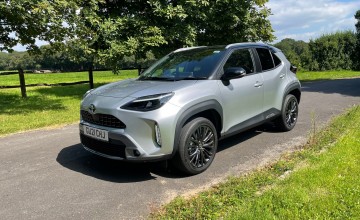 BEEFING up an existing popular motorseems to be all the rage at the moment.But...