By Jon Smith on 2022-05-14 - Jon is a senior motoring journalist with a background writing for weekly/provincial daily and national newspapers and magazines. He has held executive news and features positions in Fleet Street and evening titles. Former Pirelli Motoring Writer of the Year winner. Currently specialising in product launches, safety issues, car tests and future motoring trends. 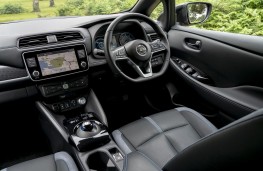 MORE than a decade ago the slightly strange looking Nissan Leaf was one of the pathfinders in the new age of electric cars.

And, just as importantly, it can now be bought with greater driving range and more spirited acceleration thanks to the introduction of the e+ which has a larger battery. Range anxiety is one of the biggest bugbears suffered by electric car owners but the 239 mile capability of the version we tested goes a long way to quelling worries.

The 62kWh motor takes around six hours to charge at home on a 7kWh charger while a rapid charger will get you from 20% to 80% of a ‘full tank in about 90 minutes.

With effectively 217bhp to play with, the Leaf e+ is definitely no slouch. ITs smooth flow of power sends it to 62mph in just under seven seconds. Despite the undoubted thrust, there's no pretence at assuming the mantle of a warm hatch.

Refinement and ease of driving are names of the game. Travel is near silent and unflustered but the immediate torque is a huge plus when overtaking or joining a motorway.

Ride is relatively firm, so a few road irregularities are felt inside the cabin. Cornering is stable and quite roll free though the steering is on the numb side.

No shortage of space in the passenger compartment with decent head and legroom both front and back. Luggage space is about par for course with almost 400 litres of cargo area. The rear seats also fold down to expand its capacity.

Fortunately, the batteries do not impinge on passenger or luggage room.

The seats themselves which are set quite high are comfortable but we found the front ones to lack support over longer journeys. It's best regarded as four seater as a central hump is positioned where a fifth passenger would put their legs.

The fascia is smart and practical and quite minimalist as you might expect, but it's well laid out with easy to operate controls and clear to read displays. No shortage of storage space in the front with good sized door pockets and a central compartment for oddments.

One thing you learn early on as an electric car owner, is that a heavy right foot has a huge effect on the driving range. Pedal lightly and the miles stretch out, though. This is particularly noticeable with the Leaf.

On a wet, cold morning with wipers one and the demister at full pelt we could see the range melting away like ice in the sun. Steep hills and 70mph cruising also took their toll. 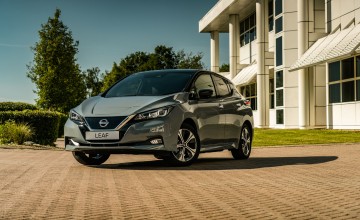 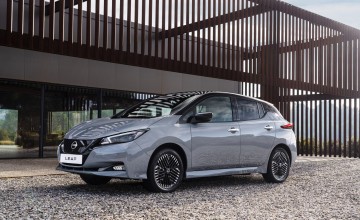 NISSAN is giving the all-electric Leaf a minor facelift for 2022 with changes...