By Chris Russon on 2022-05-18 - The driving force behind Eurekar. Chris heads up a team of motoring correspondents under the Driving Force banner. Prior to Driving Force becoming independent in 2010 he was Chief Motoring Editor for Trinity Mirror Regional newspapers. Chris has been writing about cars for almost 40 years. 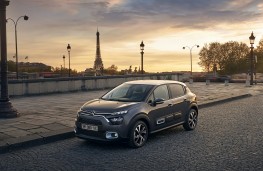 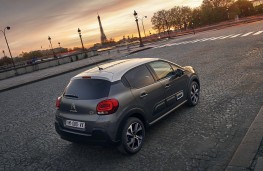 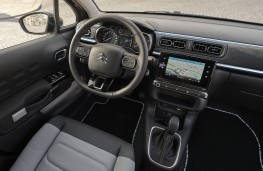 CITROEN is continuing its collaboration with leading lifestyle magazine ELLE by adding a new C3 ELLE trim to its supermini range.

This latest model follows on from an initial collaboration between the two brands in 2018, which saw the introduction of a C3 edition that saw over 9,000 sales worldwide.

The collaboration between the two French brands sees the C3 ELLE come with a two-tone exterior as standard and a choice of two roof colours - white or black - referencing the colours of the ELLE logo.

The model is available with a choice of five body colours and the new model also features the ELLE brand signature - ‘Since 1945 & forever' - across various elements of the vehicle, both inside and out.

For the first time, Alcantara - a material generally offered on premium models - appears on the C3 ELLE dashboard trim, whilst the ELLE monogram appears in full on the floor mats, with a black ribbon featuring the white slogan.

The Citroen C3 ELLE boasts a reversing camera and 17-inch diamond-cut alloy wheels, dark-tinted rear windows, a chrome surround around the digital instrument panel and a leather steering wheel, all of which are standard.

The model is due for release in August.

Sandrine Gay, director of the ELLE Licence Collection, said: "For 77 years, the ELLE brand has always been by women's side, supporting them in every area of their lives by offering an exclusive and unparalleled approach to fashion, beauty, culture and lifestyle. This partnership is part of a philosophy shared with Citroen, of promoting all women and their elegance, in their habits and their daily lives."

IMPROVED green credentials are on offer from the latest three-cylinder versions...