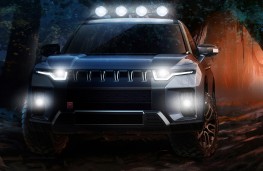 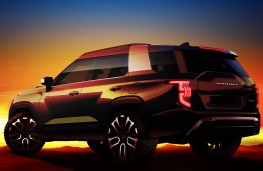 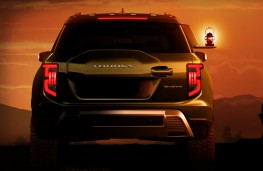 KOREAN car maker SsangYong has announced its new SUV will be called the Torres.

The car will go into production in the middle of this year and is to be sold as an all-electric model in Europe from late 2023.

The Torres is the first model to reflect the brand's new design philosophy ‘Powered by Toughness' and joins its existing Korando and Rexton SUVs which are already on sale in the UK alongside the Tivoli crossover and the Musso pick-up truck.

The Torres name was inspired by the spectacular views of Torres del Paine National Park in Patagonia which was designated a World Biosphere Reserve status by UNESCO in 1978.

Teaser images show the front of the Torres features a vertical radiator-style grille which SsangYong says gives a sense of a tough and rugged appearance, while the rear tailgate continues the theme with a classic off-road appearance, emphasising a freedom to explore.

A spokesperson for SMC said: "The SUV market continues to expand and subdivide, and with Torres we are filling the gap between semi-medium-sized SUVs such as Korando and large SUVs like Rexton.

"This move will create an additional segment in the market and will open up new opportunities for us, especially as we further develop the product offering and continue to add value and originality." 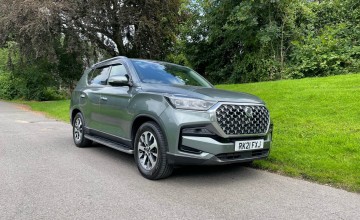 THE SsangYong name may not trip off the tongue of your everyday motorist, but... 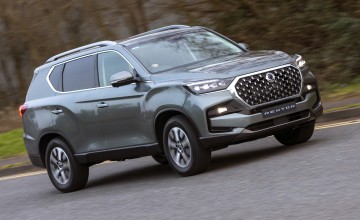 THE SsangYong Rexton was given a major makeover back in March 2021 with lots of... 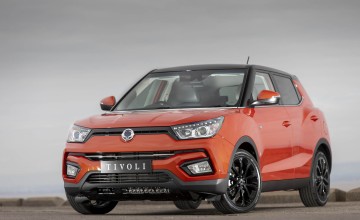 BACK in May the SsangYong Tivoli had a major makeover to make the compact SUV...