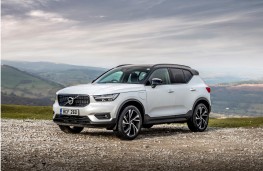 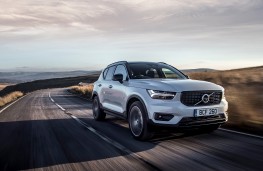 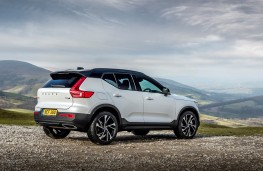 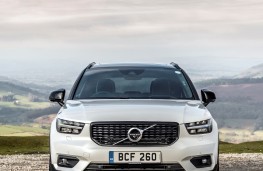 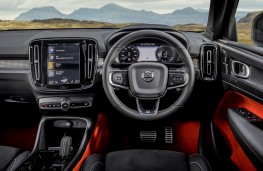 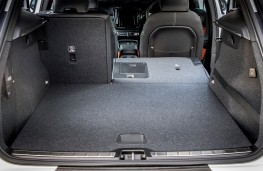 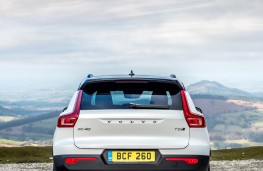 DESPITE a challenging marketplace, Volvo increased its UK car sales by four per cent last year and central to that was the success of its fast-expanding Recharge range of electrified - plug-in hybrid petrol-electric and pure electric models.

The multi-award-winning XC40 compact SUV was again Volvo's UK best-seller - its total sales of 25,242 reaffirming it as the country's most popular premium SUV for a second consecutive year. Indeed, the XC40 was also the best-selling plug-in hybrid car in the UK in 2021.

With the launch of its T5 Twin Engine hybrid system in the XC40 in September 2019, Volvo became the only manufacturer to offer plug-in hybrid versions across its entire range. However, the powertrain is only available in higher-spec versions of the XC40 - R-Design, R-Design Pro, Inscription and Inscription Pro trim levels.

This does mean generous equipment levels including seamless on-board connectivity, advanced comfort and convenience features, and cutting-edge safety aids. The dashboard is of high quality, minimalistic, with virtually all controls on the smart, portrait-style central touchscreen which you can swipe like an iPad to access further menus and sub-menus.

Shell out a further Â£1,550 and you can also have the company's impressive Driver Assist system - an advanced cruise control system which will keep you a safe distance from the car in front, will steer to keep you in lane and even work in stop-start motorway traffic.

The XC40 Recharge Plug-in Hybrid T5 has a 180hp, three-cylinder, 1.5-litre petrol engine and an 82hp electric motor powered by a 10.7kWh lithium-ion battery. It's matched with a smooth seven-speed automatic transmission.

The official combined fuel economy for the Volvo XC40 Recharge Plug-in Hybrid T5 is over 134mpg, with CO2 emissions of 47g/km, and it has an official electric driving range of up to 28 miles. After more than 500 miles, I managed 39.5mpg.

Despite its rugged good looks, 19-inch wheels and good ground clearance, it's just front-wheel drive rather than four-wheel drive.

Though it's a compact SUV, there's plenty of space inside, with good rear legroom - except for the middle rear-seat occupant, who has no legroom due to where the battery is housed. In the front there's also plenty of space and drivers large and small can easily find their best driving position.

There's a good-sized 478-litre boot, which includes a compartment to fit two sets of charging leads.

As for handling, the XC40 is comfortable rather than sporty - a premium ride from a premium brand. As an SUV you wouldn't really expect it to be sporty but it's nimble enough around town and effortlessly relaxing on a motorway trip.