By Enda Mullen on 2022-05-23 - Enda is a business reporter for the Coventry Telegraph and is also the motoring editor for the Solihull News. He covers the Midlands automotive industry and in particular Jaguar Land Rover and Aston Martin product launches. He is a renowned automotive commentator. 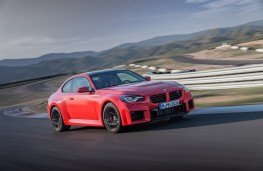 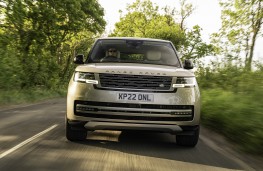 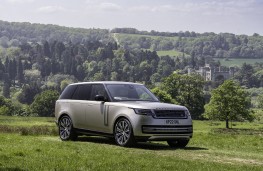 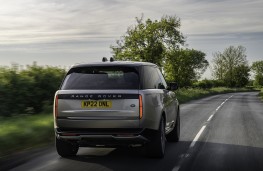 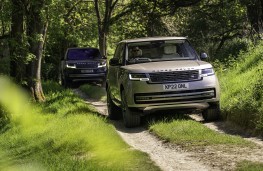 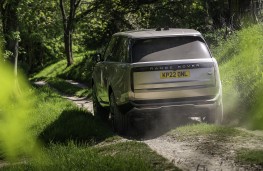 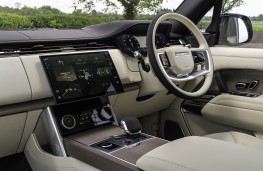 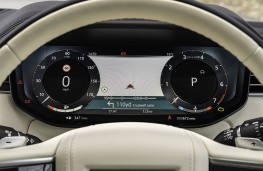 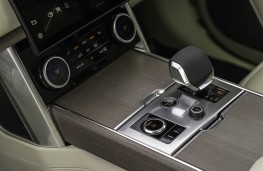 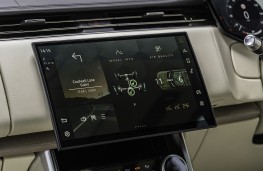 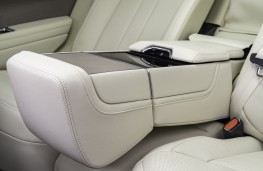 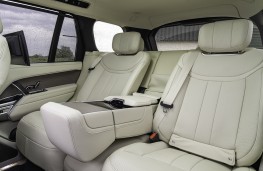 SINCE the demise of the original Land Rover Defender the Range Rover has been Land Rover's great survivor and enduring automotive icon.

It seems a fitting status for a vehicle that has long been the company's flagship model.

Words like icon tend to be bandied around far to flippantly but in the case of the Range Rover it is genuinely deserved.

The fifth generation of this stalwart that's been around in some shape or form since 1970 is now with us and has just celebrated its official UK launch.

The Range Rover has always been about combining off-road capability with on-road refinement befitting a luxury saloon.

When you take a step back and consider what is involved in doing that it really is quite some feat, more so mow than ever given the advances in technology and standards being set, particularly at the top end of the market.

Summing the new Range Rover up in simple terms it manages to do both those feats better than ever.

Land Rover is quite happy to call it a jack of all trades and it most definitely is.

A lengthy driving route that took in the Cotswolds and Wales, via the magnificent feat of engineering that is the Severn Bridge, also allowed the chance to put it through its paces off-road on the suitably challenging forest trails at the Land Rover Experience at Eastnor Castle near Malvern.

The new model looks familiar but different at the same time. This is the inherent skill in the Range Rover's design evolution, a familiar silhouette that nods to the past yet breaks new ground too.

The lines seem cleaner and tighter and the whole vehicle has a look of being more compact, but it definitely isn't.

On the inside luxury levels have been upped, yet the console and instrumentation looks more stripped-down and basic, chiefly because so much can now be controlled from one dial or the central touchscreen.

The overall package exudes exclusivity more than ever, another Range Rover hallmark. Somehow this time it feels on a different level though.

Land Rover has certainly upped its game with the latest version, though given it is now competing against the likes of the Bentley Bentayga and even the Rolls-Royce Cullinan that surely comes as no surprise.

Obviously it isn't cheap. Prices start at a little under Â£99,000. That is significantly more that the outgoing model and noticeably more than the Â£94,000 price that was specified when Jaguar Land Rover did its global reveal of the new model in October last year.

Conversely you could say it looks like a bargain compared to its Bentley or Rolls-Royce rivals.

For the first part of the launch drive on twisting Wiltshire and Gloucestershire roads the Range Rover felt exceptionally sure-footed and composed.

Roll is minimal for such a big beast and the capable air suspension soaks up the lumps and bumps of fluctuating road surfaces with ease.

All the launch models were fitted with the D350 3.0-litre Ingenium diesel engine which is refined and smooth and crucially boasts that ‘are you really sure it's a diesel' character.

On the dual carriageway and motorway I got to fully appreciate that luxury saloon-style experience, that is without doubt better than ever.

This is a vehicle you could happily sit in for hours on end and still feel fresh when you reached your destination.

The Range Rover was the first luxury SUV to feature Electronic Air Suspension, in 1992, and the new Range Rover has Dynamic Response Pro and pre-emptive suspension that uses eHorizon Navigation data to read the road ahead and prime the suspension to respond accordingly.

The technology also works in conjunction with the Adaptive Cruise Control with Steering Assist to smooth out body movements resulting from sudden changes in speed.

How many people who buy one will ever do the kind of things that demonstrated its prowess at Eastnor Castle remains to be seen but in truth they certainly should.

It's sometimes said that Land Rovers are the most over-engineered cars going, with the kind of off-road capability that will be rarely if ever used. The thing is that's what a Land Rover is - and its go anywhere ability is one of its defining features.

Of course owners who do decide to go off-road can be assured to have all the assistance provided by Land Rover's very latest Terrain Response 2 system.

It harnesses the various chassis systems to automatically provide the perfect settings for the surroundings, from a choice of six driving modes, to minimise driver workload across all terrains. The driver can also select settings manually.

There's also the amazing camera that shows you what's going on underneath the vehicle, a very useful feature off-road and not just a gimmick.

On the kind of trail, like those at Eastnor, where you really need to stick to the existing ruts it will guide you. It even has a mechanism which cleans the camera when it's obscured by mud or dirt.

One of the features of the new Range Rover is all-wheel steering, which also helps when off-road at low speed but brings benefits on the road at high speed too.

Every Range Rover also features an Active Locking Rear Differential to optimise traction from the rear axle during high-speed cornering, on slippery surfaces and during off-road wheel articulation.

Both the SWB and LWB body designs are available with five seats, while the LWB model is available with a third row for up to seven - another Range Rover first.

The SV model, which will be created at Jaguar Land Rover Special Vehicle Operations (SVO) at Ryton on the edge of Coventry, is available in both SWB and LWB body designs.

There's a diverse selection of powertrains and the arrival of an all-electric model in 2024 to look forward to.

Options include a pair of plug-in hybrid electric vehicle (PHEV) powertrains, which provide CO2 emissions below 30g/km, with a pure-electric driving range of up to 62 miles.

There are also both diesel and petrol mild hybrids and a petrol V8.

The new Range Rover is available in SE, HSE and Autobiography models.

A First Edition version will be available throughout the first year of production, based on the Autobiography and featuring a unique specification.

Land Rover says the new Range Rover is "the most desirable yet" and in all honesty it's hard to disagree.

The only disappointment as far as I can tell is that if you want one you will have to join a long waiting list. Order one now and you'll have to wait at least 12 months until you get it.

That's all down to the shortage of semiconductors that is hitting the global automotiveindustry hard. Put simply Jaguar Land Rover simply can't build them fast enough. 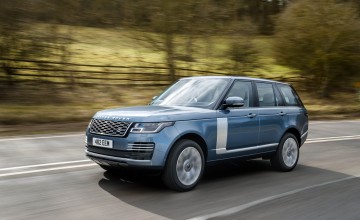 DEALERS have opened the order books for the entire line-up of the latest Range...