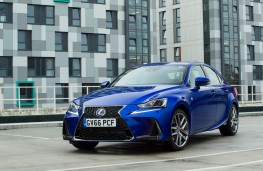 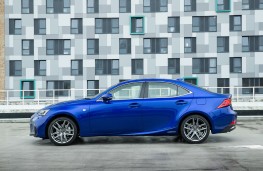 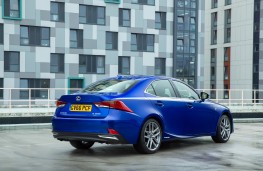 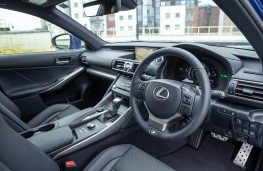 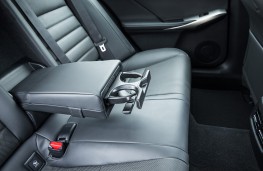 THE last Lexus IS executive saloon went out of production in 2020 and sold through into 2021.

There is a new fourth generation model but because of poor sales in Britain and the upsurge in the popularity of SUVs, it won't be sold here.

That's a great shame because it's a very refined and comfortable stand out alternative to the BMWs and Audis in the exec car park.

Another good reason to buy is that Lexus dealers consistently come at or close to the top of customer service surveys, and since the company is the luxury arm of Toyota, reliability is second to none.

The IS is available with a choice of three petrol engines, but two of them have sold in tiny numbers and so as a secondhand buy, I'll concentrate on the mainstay of the range - the 220bhp 2.5 litre 300h petrol/electric hybrid.

With low emissions of 97 grammes per kilometre and real economy of 44 miles per gallon or better in varied driving (the official figure is 60mpg), it's an executive saloon with much to recommend it.

The power output sounds very good, but acceleration is more linear than shove in the back which actually suits the car's ethos of long distance cruising refinement.

It's decently quick, reaching the benchmark 60 miles an hour from rest in a shade over eight seconds, and also pulling well in the mid-range.

Drive is to the rear wheels via a continuously variable (CVT) automatic gearbox and this comes with a number of different modes selectable by the driver.

The system gives a choice of Eco, Normal, Sport or Sport+ configurations that alter the response of the engine and the gearbox.

In Normal mode the management system chooses between petrol or electric power or a combination of the two and Eco tones things down a little using more electric power as long as there is charge in the battery pack and reducing accelerator response.

Sport and Sport+ sharpen everything up for best performance, using both petrol and electric power and they also change the digital dash power meter to a tachometer.

There's also an EV mode that runs the car on battery alone until its power runs out. The best distance I have heard of covered by an owner is over two miles - but only with a very light right foot.

There is also a Snow setting to give better traction in slippery conditions and a manual setting, with paddles behind the steering wheel to make the changes, when the CVT ‘box converts to a series of computer controlled steps.

The Lexus is a hugely quiet and refined cruiser and the engine is only audible when you put your foot down.

The steering in earlier Lexus models was rather inert, but in this model it gives much more feedback and cornering feel, adding to driving enjoyment.

The handling is safe and neutral with good balance and it holds the road very well.

Comfort is excellent over pretty much all surfaces, and was further improved in 2017 with a raft of other changes.

Trim levels originally started with SE, Luxury, F Sport and Premier, and the Executive Edition was added above SE in 2014, including full leather, sat nav and 17 inch alloys.

Advance trim was added in 2015 with items like leather upholstery and heated and ventilated front seats, and a facelifted range was introduced for 2017.

This brought improvements to suspension and steering, a modified front end, LED headlights in some models and up-rated multimedia.

Rear legroom and the boot are both a good size and all have a split folding rear seat to get longer items in.

LEXUS has always been synonymous with luxury and refinement and with the new... 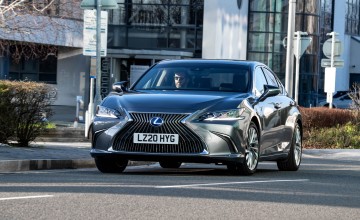