By Lee Gibson on 2011-01-22 - A journalist with nearly 30 years of experience on some of the biggest regional newspapers in England and Wales including the Birmingham Mail, Express & Star, Western Mail, the Sunday Mercury and Wales on Sunday. He currently edits the Sunday Mercury motoring pages as well as contributing to Eurekar. 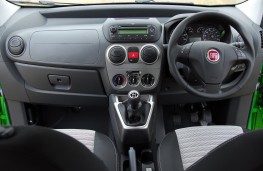 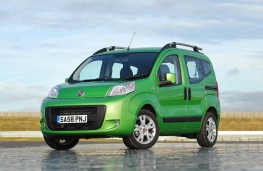 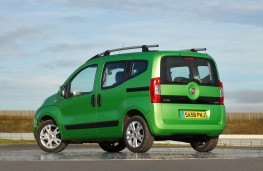 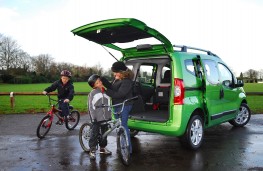 HUEY Lewis and the News proclaimed unashamedly in 1986 that it was Hip To Be Square.

The song was a massive hit in the United States and flirted with the Top 40 this side of the pond too.

Looking back now, it may have been strangely prophetic with the subsequent rise of geek chic and the increasing domination of the world by techno-nerds and pallid gamers with an aversion to fresh air.

However, the motoring world has spent much of the intervening time trying to be anything but square.

Boxy has generally been seen as bad and automobile designers the world over have been competing to make their cars ever more curvy and sexy.

Not so the Fiat Qubo, though.

As the name suggests this compact MPV positively revels in it's cuboid stature and seeks, with some degree of success, to make a virtue of it.

The simple van-like body allows the Qubo to cleverly make the most of all it's available space - making it a good bet for the busy, active families that the Italian carmaker is aiming it at.

The high roof line and flat floor mean that head and leg room is excellent for all occupants but particularly impressive in the rear of such a modestly sized car - where there is plenty of room for three to comfortably stretch their legs.

The sliding rear doors also make getting in and out simplicity itself and proved a great source of fascination and entertainment for our kids - who were more used to the conventional ones on our usual family runaround.

It's slightly disappointing that Fiat can only stretch to pop-out windows rather than wind-up ones here, but the point of the Qubo is also to keep the impact on your pocket down to a minimum. At least the windows in the front are electric so there's no messing around winding them up and down manually.

And all the windows are also large and deep which, coupled with an expansive sloping windscreen, not only adds to the feeling of space by letting the light flood into the cabin but also means that all-round visibility is very good.

The instrument panel is simple and easy to navigate with some functions manageable via steering wheel controls.

And all Qubos get Fiat's innovative Blue&Me hands free communications system which allows Bluetooth connection of mobile phones and media players and also incorporates a voice activation function - meaning you can make and receive calls and choose your music without taking your hands off the wheel.

MP3 players can be connected via the USB port too, which also allows the use of Fiat's interactive eco:Drive computer programme.

This is free to download for those who wish to and allows drivers to monitor and improve their driving efficiency.

Plugging a USB key into the Blue&Me port allows the programme to monitor your driving style and then, after plugging the key into your computer, tell you how you performed and offer tips on cutting fuel costs and emissions by making the relevant changes.

In this age of social networking you can even join an online community of eco:Drivers.

While this is a little gimmicky, the Qubo does perform well in the environmentally friendly chart even before you turn to your laptop - which, incidentally, you can fit into the extra deep glove box.

The 1.3 Multijet turbodiesel power pack featured here returns a thrifty 62.8mpg on average and emits only 119g/km of CO2, putting it in the £35 a year road tax bracket.

You won't be blown away by the acceleration, but that's not really the point here, and once it gets up steam the Qubo is surprisingly relaxed and untroubled at motorway cruising speeds.

Around town, though, it really comes into it's own.

With a platform based on the Grande Punto and light, responsive steering it's compact size and manoeuvrability mean there'll be very few places you won't be able to go.

The drive is surprisingly refined too and although the high roof means some lean in corners there is plenty of grip.

Boot space is very impressive for a car the Qubo's size and if you want even more room the 60/40 split rear seats can be folded down or even removed completely. 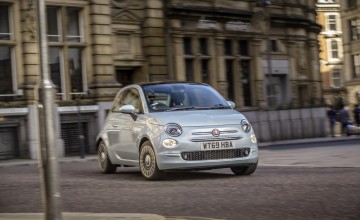 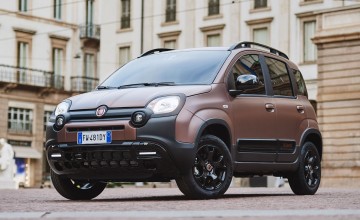 FIAT has partnered with the Italian fashion house Trussardi to create a special... 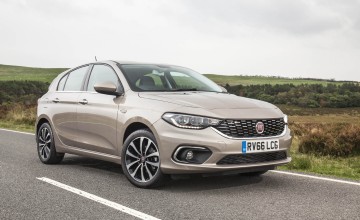 IT'S amazing how the introduction of a particular colour can add a new...