By Ian Johnson on 2011-09-18 - Ian has been a member of Driving Force since its inception. He began his career in journalism in 1962 on the Cheshire Observer and took over the paper's motoring column in 1966. Specialist areas include classic cars, product launches and automotive comment. 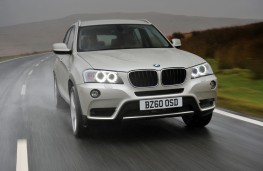 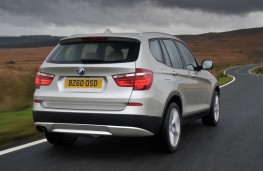 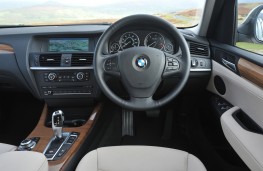 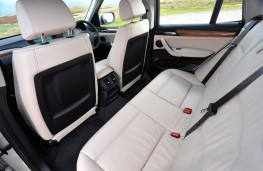 AS a compact 4x4 premium Sports Activity Vehicle the BMW X3 is honed to perfection to fit in with the times.

For instance, on its launch last November X3 offered the lowest emissions for an all-wheel-drive in its sector, plus a higher specification than the outgoing model, yet at a lower on-the-road price.

It is also longer and wider than its predecessor, answering the major market need for maximum interior space and is the first X3 to offer the option of Variable Damper Control and Drive Dynamic Control.

Launched in two-litre diesel form it can be specified with an auto start/stop teamed-up with an eight-speed automatic transmission.

Just about the only benefit from high fuel costs and crippling carbon emission penalties is that more modest sized vehicles become better equipped and better to drive.

This is certainly the case with the latest X3. It is so much better than the first model and it has to be because it is up against some formidable opposition.

BMW said it was going to raise the bar in the premium sports activity market and it has.

Innovations include Head-up Display and online connectivity while the latest and much simplified version of BMW i-drive ensures all infotainment capabilities are easily accessible.

A commendable feature is that the three rear seats offer outstanding comfort for travelling long distances with significantly more leg and elbow room compared to its predecessor.

With a luggage volume of between 550 and 1,600 litres, X3 has an adaptable interior which can be changed to suit personal requirements.

The rear seat backrests feature the usual 60:40 split or as an option, 40:20:40 where the three segments can be folded down either individually or together.

Zero-62mph time of 8.5 seconds, and a top speed of 130mph, are just a hint of this car's pedigree performance capabilities, yet CO2 emissions for this four-wheel-drive are only 149g/km, with combined fuel consumption of 50.4mpg.

An advantage of the optional eight-speed automatic gearbox is a shorter reaction time, smoother changes and the ability to match the optimum gear for any driving situation. A six-speed manual gearbox is standard.

The first generation BMW X3 was impressive when it came to the driving dynamics of this type of vehicle, and the second generation builds on that agility with newly conceived suspension technology, electronically controlled driver assistance and advanced four-wheel-drive.

Electric power steering is incorporated in the BMW X3 for the first time and allows for precise handling and increased efficiency. Variable sports steering is also available as an option.