By Edward Stephens on 2012-04-22 - Edward edits the motoring pages of the Birmingham Mail and Birmingham Post as a freelancer after more than 35 years on the staff. Also writes on motoring for various other newspapers, trade magazines and well known websites. 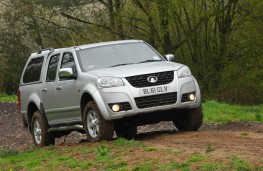 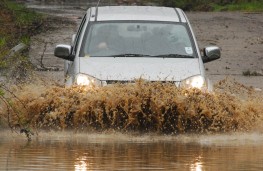 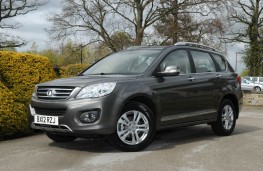 IT'S China's largest SUV producer but it's name is hardly known in Britain.

Now the Great Wall is about to change all that by launching its first vehicle here - a four-wheel-drive double-cab pick-up with a price and specification it's going to be hard to beat.

The new Steed has just gone on sale with an entry level price of £13,998 plus VAT, the lowest priced 4x4 double-cab in the UK and a figure the company says is cheaper than competitors charge for two-wheel-drive single cabs.

If you step up from the S model to the SE - at £15,998 plus VAT - you also get a body-coloured hard-top canopy, roof rails, chrome side rails and rear parking sensors.

The Steed has already proved to be a best-seller in its home market with sales of more than 700,000 and is making a name for itself in Australia, South Africa and Italy.

And while this rugged looking double cab may be made at a plant near Beijing it has a very western style design.

Inside there is plenty of head and leg room even for rear seat passengers and there are numerous storage areas including a front centre console and lockable glove box.

Like most double cabs the interior is more functional than glamorous with quite a bit black plastic. And while I did find one bit of trim which could have been more solidly fixed the inside did stack up pretty well against the competition.

The Steed is powered by a torquey 2.0-litre, 143 bhp diesel engine with a top speed of 87 miles per hour and an average fuel consumption of 34 mpg, although emissions at 220g/km are on the high side.

On the road it's a bit sluggish in first gear like many of its competitors - hence the 0-62 miles-per-hour time of 17 seconds - but once rolling I didn't find it lacking.

The six speed gearbox gives it plenty of flexibility and in top gear at motorway speeds there is still plenty of power left if you need to overtake in a hurry.

But while the Steed is an able performer on road it's also exceptionally capable off-road and the company wasn't afraid to prove it.

At the MIRA vehicle test centre in Warwickshre I drove a Steed over a rugged off-road course through axle deep water, along banks with a 35 degree angle and over roads so rutted at least one of the wheels was off the ground for most of the time. And at no point did it loose traction even though it was shod with normal road tyres.

Most people buying the Steed, whether for commercial work or lifestyle pursuits, will probably never push it to the same limits but if they need to I can testify they won‘t find it lacking.

Switching between two-wheel-drive and four-wheel-drive high or low ratios is done with the simple push of a dashboard button, and can be carried out on the move at up to 12 miles per hour.

Paul Hegerty, the managing director of Great Wall Motor Distributors (UK), told me: "We offer the most affordable pick-up in the market. And while everyone is being pressured to put up their prices we are not, so there won't be any sudden increase."

And he revealed that by September next year the company was likely to have an SUV on British roads.

The Great Wall H6 is a Honda CR-V lookalike with 2.0-litre diesel engine, four-wheel-drive and a high spec. Again prices are expected to be low enough to give rival manufacturers a nasty shock.