By Mike Torpey on 2013-02-26 - Driving Force news editor and responsible for organising our daily output. He was staff motoring editor of the Liverpool Echo for 20 years. 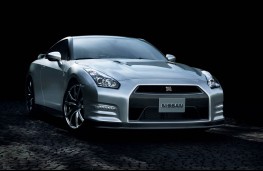 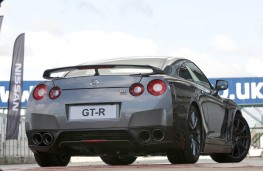 NISSAN is calling on its dedicated global performance road car and motorsport arm Nismo to create the ultimate GT-R model for the road.

It will become the flagship of a new range of performance models, joining the Juke and 370Z Nismo versions.

Doing so it becomes the third Nismo-badged model to emerge from the newly-opened Yokohama establishment as part of a strategy to offer a range of innovative performance models across the Nissan range.

Company chief Carlos Ghosn said: "It would be unthinkable for us to develop a range of Nismo road cars without including the GT-R.

"The standard road car is a global supercar and the GT-R's performance on track reflects the passion and talents of the Nismo team."

Already a well-known name to gamers thanks to Sony's Gran Turismo driving simulation series and to motorsport fans with the Skyline enjoying success on track since 1969, the GT-R has achieved cult status.

The Nismo team's knowledge comes from their involvement in racing the GT-R and is a precursor to the development of the new Nismo road car which will be based on the 2013 GT-R.

That standard model has just been enhanced following feedback from competing in last year's 24-Hours Nurburgring, and its success in Super GT and Global GT series.

As a result, the car's performance has been dramatically increased, high-speed stability improved and ride quality refined.

Full specifications and performance figures will be released closer to next year's launch.

THE Nissan Juke - the car widely credited with inventing the compact crossover...