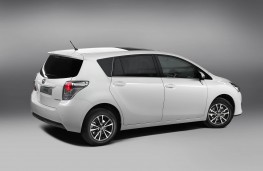 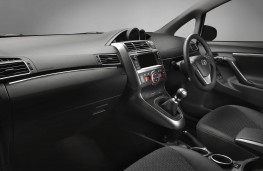 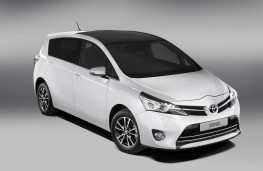 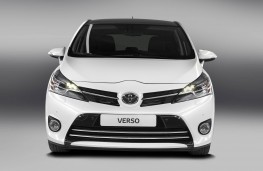 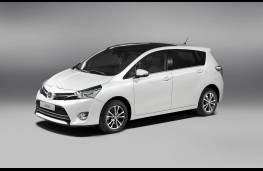 EVER since its original launch back in 2002, the Toyota Verso has been tailored to meet the increasingly varied demands of family motorists.

Since those early days more than 650,000 Versos have been sold throughout Europe and in the UK the current count stands in excess of 52,000.

Throughout its history, the Verso has benefited from Toyota's quality, durability and reliability and the latest version is no exception.

It is a decent value for money product which comes with a spacious inside within compact exterior dimensions.

The new Verso has built on its core attributes to deliver a series of significant improvements by offering more style, better dynamics and comfort and the most obvious change has to be the exterior design which displays Toyota's new family identity linking it closely with the new Auris.

The Toyota team has managed to produce a much more stylish motor than its predecessor and, to this end, has changed some 470 parts, 60 per cent of which are visible.

There is a much more distinctive front end while the well put together interior adds to other detailed changes.

Offered in three new spec levels of Activ, Icon and Excel, the new Verso also comes with the promise of better value and driven here is the 2.0 D-4D Icon.

While there is no change to the Verso's hugely accommodating luggage area, some 1,696 litres of space is available with the two rear seats folded, despite the marginal intrusion of the wheel arches.

There are plenty of useful storage points around the cabin, including a twin glove box, with a cooled upper section big enough to a hold a 1.5-litre bottle along with an 8.2-litre lower section.

Also included in the manifest are a pair of cupholders, map pockets and a clever Skyview panoramic mirror to help with monitoring youngsters in the rear seats.

Other features include a spacious centre console box, generous door pockets, seatback storage beneath stowable aviation style tables while second row underfloor storage, an overhead console, plus driver and passenger pockets for small items such as mobile phones and music players add to the facilities.

Throughout the cabin there are some decent quality materials to hand which are surprisingly soft to the touch while the switchgear looks well set to take on the rigours of having the family on board.

Longer than its predecessor the new Verso looked good on the road and this solid looking MPV absorbed the humps and bumps exceedingly well.

From a high driving position delivering decent all round visibility, the Verso drives well. The instruments are clear and It feels athletically agile. The 2.0-litre diesel paired with a slick switching  six-speed manual gearbox returns a decent 57.6mpg over the combined driving cycle.

Overall, this latest people carrier from Toyota could become a pretty desirable family affair, particularly when you add Toyota's solidly reliable customer service to a car now much better fitted to take on the likes of the Ford C-MAX, Vauxhall Zafira Tourer and the Renault Scenic 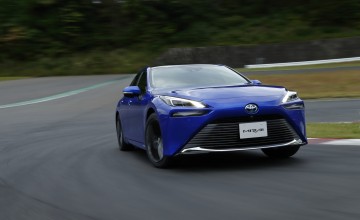 TOYOTA has revealed that the second generation of its hydrogen-powered Mirai... 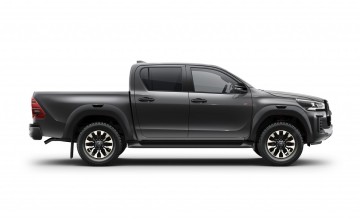