By Lee Gibson on 2013-05-05 - A journalist with nearly 30 years of experience on some of the biggest regional newspapers in England and Wales including the Birmingham Mail, Express & Star, Western Mail, the Sunday Mercury and Wales on Sunday. He currently edits the Sunday Mercury motoring pages as well as contributing to Eurekar. 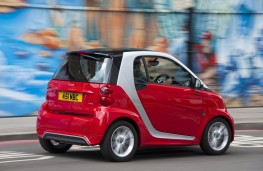 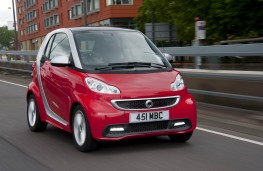 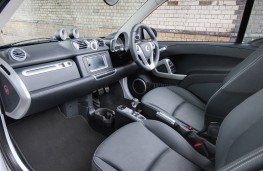 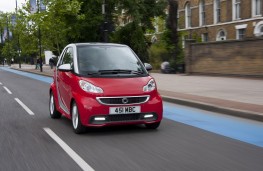 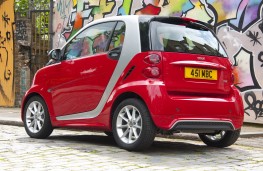 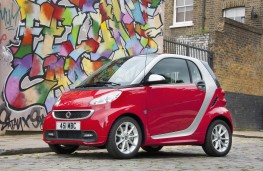 THE smart car may have been around for some 13 years now but hitting the road in one still elicits a double-take from passing pedestrians and drivers alike as it remains one of the most distinctive sights on our highways.

The brainchild of Nicolas Hayek, the boss of watch makers Swatch, it took more than a decade and partnerships first with Volkswagen and then current parent company Mercedes-Benz, to get the project up and running.

But when the first models hit the showrooms they were true to Hayek's original ideal of bringing the colourful individualism of his wristwear to the burgeoning world of the city car.

And so successful has the quirky little two-seater been that it is now widely regarded as the quintessential urban runaround and has developed a cult following around the globe.

Now in its second generation and there have been roadster and four-seater versions along the way but the enduring design remains the current fortwo coupe.

Cosmetic tweaks such as a bolder grille, bigger badge, more prominent air intake and sporty side skirts have freshened it up but the original look remains largely intact.

Power comes from either a three cylinder 1.0-litre petrol engine or a 54bhp 0.8-litre turbodiesel and there is now an electric option too.

The diesel offers startling fuel economy but the superior refinement and performance of the petrol makes it the most popular by far.

Turbocharged versions produce either 84 or 102bhp (in the flagship Brabus model only) but the normally aspirated 71bhp micro hybrid drive model, with stop/start system, that I tried out makes the most sense.

Not only are versions powered by this engine the cheapest to buy, they also offer average fuel consumption of 65.7 miles per gallon, road tax-exempt emissions of 98g/km and a low insurance rating, so will cost peanuts to run.

Mounted behind the seats and driving the rear wheels the willing little three-pot provides a distinctive note for short bursts of speed and some perky performance in urban traffic.

The standard five-speed automatic transmission could be smoother, however, and gear changes prove clunky and laboured. There is a manual override though and steering wheel paddles are an option.

Acceleration off the mark is understandably not great, but that really isn't the point of the smart and doesn't detract from the enjoyment of zipping around town and squeezing into the tiniest of parking spaces while others search fruitlessly for a spot.

There is no doubt that the smart is still among the slickest of city operators - but on the open road it's a different story.

While the powertrain manfully meets the challenge of progressing at motorway speeds you could hardly call it cruising, and that satisfying grunt from the engine compartment becomes more of an intrusive thrum when sustained for long periods.

If there are strong cross winds you'll also find yourself fighting to keep this lightweight but tall car on the straight and narrow.

The extra height does offer a commanding driving position, though, and all round vision is great while manoeuvrability is no problem in a car this size - although it's worth noting that, although available as a cost option, power steering is not standard.

Inside the smart retains its bright and funky feel.

With only two seats to squeeze into it's small but strong tridion safety cell shell there is plenty of space for occupants while the minimalist dash and control panel is not only sleek and stylish but very user friendly.

At 220 litres the boot is also bigger than you might imagine, comparing favourably to many more traditional superminis, and the passenger seat can be folded forward to carry larger loads.

Kit on the entry level pulse models includes all the basics such as alloy wheels, electric windows, air conditioning and Bluetooth but stepping up to the passion spec adds some big car luxuries such as a panoramic sunroof and a satnav and entertainment system with a nifty automatic flip out touchscreen concealing the CD/DVD slot.

There may be small family hatchbacks around these days that can match the smart's fuel economy and rival city cars that cost less.

Few though, can boast the desirability of the tiny car that has successfully cultivated a hugely trendy image and near iconic status in its relatively short life.