By Mike Torpey on 2013-10-24 - Driving Force news editor and responsible for organising our daily output. He was staff motoring editor of the Liverpool Echo for 20 years. 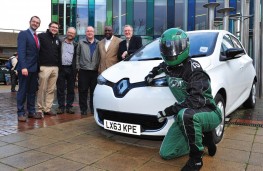 The E-Car Club, which has launched in London ahead of a nationwide roll-out, will allow businesses to reduce the cost and footprint of their fleets.

It will also make electric vehicles available to local communities, at the same time tackling the problem of urban air pollution.

With a fleet of five electric Renaults already, with more due to arrive soon, members will have the chance to drive the all-electric ZOE supermini on a pay-per-use basis.

The London launch follows two pilot schemes - a community-led project in Milton Keynes which started in October last year and a partnership with Luton Borough Council earlier this year.

And the company will be opening similar schemes in Oxford, University of Hertfordshire and Maylands Business Park in the coming months.

Ben Fletcher, EV product manager at Renault UK, said: "Programmes like E-Car Club are essential because they actually get people behind the wheel.

"Once you've driven an electric vehicle, very few people want to go back because it's very responsive, quiet, relaxing and well suited to city driving."

Renault currently leads the market in Europe, selling more than 34,000 electric vehicles since its first model, Kangoo Van Z.E., hit showrooms in late 2011. It boasts a market share of 47 per cent so far this year.

Charging can take 30 minutes at a Rapid Charge station or three to four hours at a standard 7kW public charge point.

And for added peace of mind, its ‘Z.E. Voice' warns pedestrians of the vehicle's approach up to speeds of 18 mph. 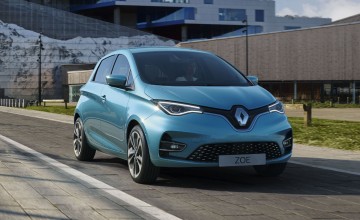 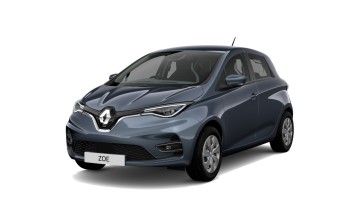