By Chris Russon on 2015-02-15 - The driving force behind Eurekar. Chris heads up a team of motoring correspondents under the Driving Force banner. Prior to Driving Force becoming independent in 2010 he was Chief Motoring Editor for Trinity Mirror Regional newspapers. Chris has been writing about cars for almost 40 years. 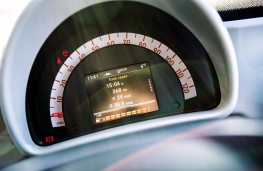 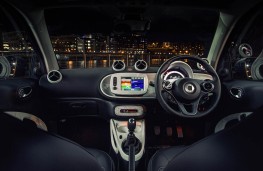 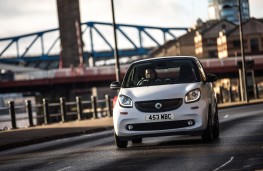 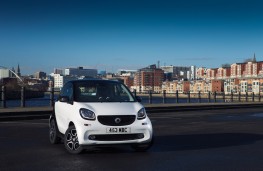 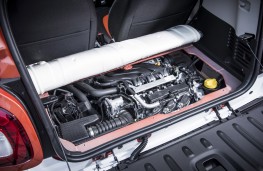 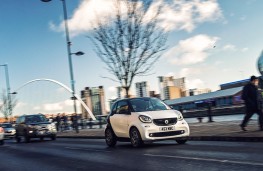 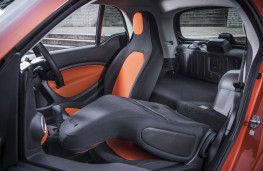 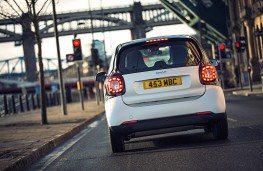 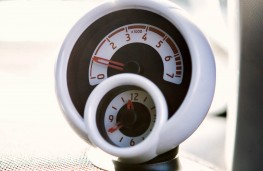 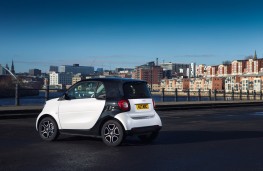 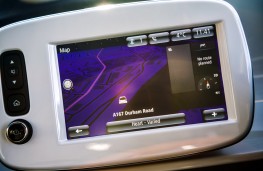 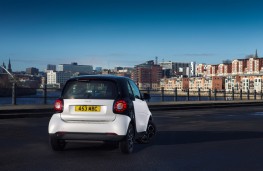 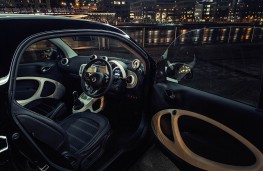 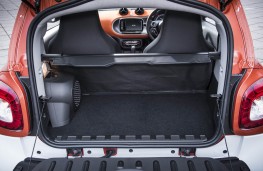 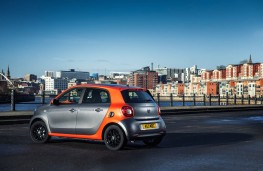 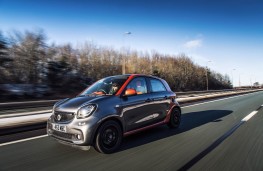 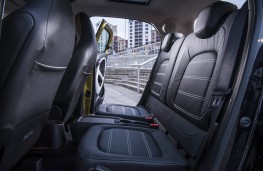 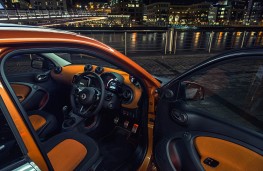 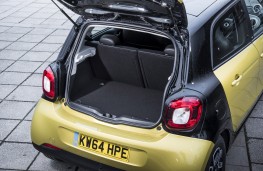 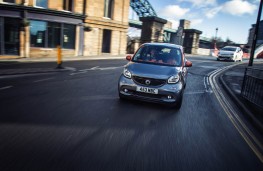 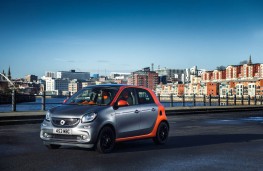 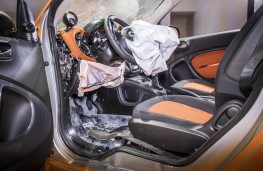 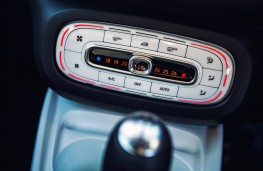 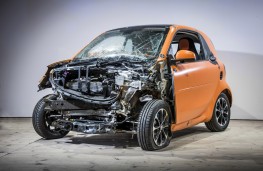 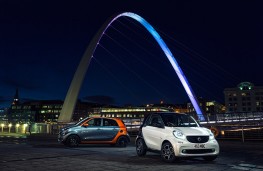 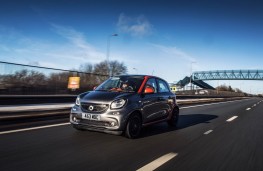 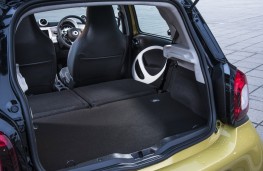 WHEN it first appeared back in the late 1990s the smart fortwo was a car like no other.

Turning heads wherever it went this was a two-seat ultra-mini aiming to be big in the city.

That it did with some 100,000 sold in Britain and now there's an all-new version on the way.

Just as tiny - it still measures 8ft 10ins long - but four inches wider, the latest fortwo has retained its quirky appeal and is arriving alongside a bigger smart forfour which is the sister ship to the latest Renault Twingo.

The new smarts are joint ventures between Mercedes-Benz and Renault which see the rear-engined Twingo given the smart treatment inside to become the forfour and chopped down in size to create the fortwo.

Perversely the smaller fortwo is built at the smart works in France while the four-seat forfour comes off the Twingo production line at Renault's factory in Slovenia.

Both smarts are powered by three cylinder Renault petrol engines developing either 71bhp from a 999cc block or 90bhp from a 898cc turbo and come with five speed manual gearboxes.

A manual fortwo is a first for smart and it makes the car much more driveable than its predecessors with their rather jerky automatic boxes. But for those who like their two pedal smarts a six speed dual clutch auto is on the way using a box sourced from Mercedes.

On the road the fortwo is still a nifty performer and with its incredibly tight turning circle of less than 23ft (that's two feet better than the benchmark set by a London taxi) it's a cinch to manoeuvre and to park.

The 1.0-litre engine is lively enough but being under the boot floor and close to the occupants its distinctive three pot rasp is ever present. The bonnet is nigh on fixed and there's nothing below other than sturdy crash protection and fluid top up points.

Top speed is a claimed 94mph and 0 to 60 takes 14.4 seconds but it's zippy through the gears and can handle all aspects of everyday driving.

Emissions are rated at 93g/km which equates to 68.9mpg and we managed to average 42 to the gallon on open roads. Around town it's more at home and thanks to its stop/start function will return in excess of 50mpg without asking too much.

Inside it is bang on trend with some bright coloured trims and a fabric finish to the dash. Although wider the cockpit is still intimate but there's clever use of space throughout and plenty of storage places including a slide out tray from under the centre console.

Panoramic sun roofs are standard on all but the basic model and so is a rev counter and clock fitted on the top of the dash to the right of the instrument binnacle.

The attention to detail is impressive and all versions come with a digital radio, Bluetooth, air conditioning (operated from a classy looking slider), cruise control, ambient lighting in the driver footwell and a host of electronics to help stability especially in cross winds and there are no handling issues.

Lane departure warning systems are a feature of all but the cheapest model and the top grade fortwo proxy we tried included a 'bells and whistles' options pack which included a seven-inch touchscreen, sat nav and reversing camera for an extra £1,295.

But surprisingly in these days of smartphone dependency, and especially with the fortwo aimed at a young audience, a plumbed in holder for your hand-held device and the necessary app to get the best from it are also extras and together cost £80.

The fuel tank holds 7.5 gallons which is the same as you will get from other city cars such as the Toyota Aygo but boot size is impressive for such a tiny car at 260 litres and luggage can be accessed from a two part tailgate with the rear window lifting independently of the boot flap.

In fact the boot on the fortwo is bigger than that of the forfour which itself is 2ft 8ins longer and comes with two extra seats in the back, divided by a convenient oddments tray.

Leg room in the back is on the tight side but the rear doors open wide to 85 degrees to help getting in and out.

The forfour may look more capacious but offers only 190 litres of space with the rear seats up although fold them down and its maximum capacity increases to 975 litres making it more practical than its smaller sibling.

To drive it feels more planted than the fortwo which is largely down to the greater wheelbase and with the engine further away from the occupants it is noticeably quieter inside.

Performance is nigh on identical. On paper the 1.0-litre version has a 0 to 60 time of 15.9 seconds, the same top speed as the fortwo at 94mph and is rated at 67.3mpg with a CO2 figure of 97g/km but it's almost impossible to spot the difference and we managed exactly the same fuel return.

Inside the appointments are the same so it's equally fashionable yet a couple of thousand pounds more than the Twingo.

The turbo engine comes at a £595 premium and while it offers better performance (0 to 60 times of 10.4 seconds in the fortwo and 11.2 in the forfour) fuel economy takes a bit of a hit with emissions up to 97 and 99g/km respectively equating to official fuel returns of 67.3 and 65.7mpg.

Paint jobs on both include some bright colours as well as more conservative white, black and grey finishes with contrasting hues for the high strength tridion safety cell along the sills and at the rear.

The safety cell gives maximum protection in the event of an impact - a point smart made well by showing off an early model which had been put through crash testing which revealed minimum intrusion in the cockpit despite major exterior damage.

All round both models are a big step forward from their predecessors and look well set to keep the smart image well alive in the city and everywhere else.