By Patrick James on 2015-03-21 - The author has been a motoring writer for more than 16 years. Formerly motoring editor at the Coventry Telegraph, he now produces motoring copy, on new car launches and road tests on a freelance basis. 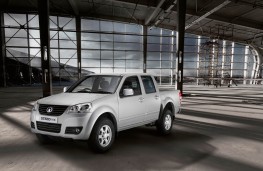 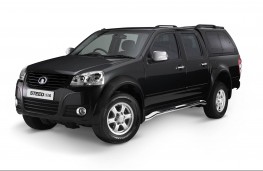 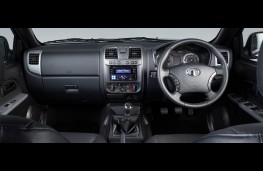 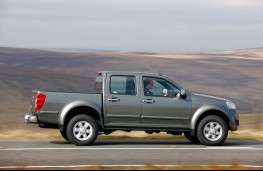 AS the name Great Wall Motor Company implies, it is a Chinese vehicle manufacturer and still pretty anonymous outside its homeland.

That became apparent when anyone inspected the Steed asked: "What is it?"

Great Wall is one of China's largest and most successful automotive manufacturers and with the launch of the Steed pick-up in 2012, it became the first manufacturer from that country to commence volume vehicle sales in the United Kingdom.

The Steed, revamped for 2015, offers the cheapest pick-up vehicle on the market in the UK, with plenty on offer for a bargain basement £14,998 as a commercial vehicle on the road price (CVOTR). It also comes with a six-year, 120,000 mile warranty reasonable and running costs. It must be half-decent, a million have been sold worldwide.

Despite being a pickup workhorse, it does not lack in the looks area, despite its boxy, out of necessity, appearance. It looks upmarket with stylish paintwork, high set headlamps, a deep grille and airscoop, with driving lights built into the bumpers giving it an individual look, as does the never-recognised Great Wall badge.

Just like many of its competitors, it is designed to be as much 'life-style' kind of vehicle as an off-road all-wheel drive workhorse/load lugger. So it can ferry the family's wet and muddy paraphernalia or pets around as well as lugging bricks, building materials or farm equipment with its one-tonne payload.

For family use, fixing some nets and stays in the load area would be a good idea to stop stuff flying around, while access, through the hard top is via a rear window and a heavy drop down tailgate, which can be stood on.

The double cab offers comfortable seating for five, so the vehicle can double as a family vehicle, albeit a big one, as well as the workhorse.

The firm says it has been designed to meet European safety standards and with a price which seriously undercuts the opposition.

The cabin is well laid out, if looking more dated than the exterior, with leather finish and logically placed buttons, dials and stalks. Some of the fixtures and fittings however, does not match the quality of some of its more established rivals.

Powered by a flexible and torquey 140bhp two-litre diesel engine, mated to a slightly vague, six-speed gearbox, it is a willing worker, if a bit raucous under acceleration. It is reasonably economical and is pretty cheap to insure as well. Claimed economy is 32.8mpg with CO2 emissions competitive at 222g/km.

Braked towing capacity is decent, if not class leading with 2.5 tonne capacity available.

On the road, the car rides reasonably comfortably, although it gets jiggly over rougher roads. A long, 100-mile drive proved surprisingly pleasant given the hard suspension.

Switching to off-road is done manually with both high and low ratio four-wheel drive available.