By Chris Russon on 2015-09-06 - The driving force behind Eurekar. Chris heads up a team of motoring correspondents under the Driving Force banner. Prior to Driving Force becoming independent in 2010 he was Chief Motoring Editor for Trinity Mirror Regional newspapers. Chris has been writing about cars for almost 40 years. 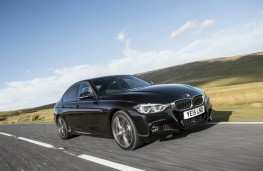 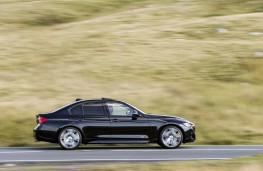 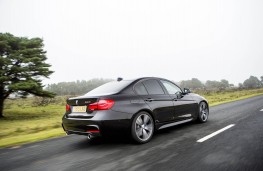 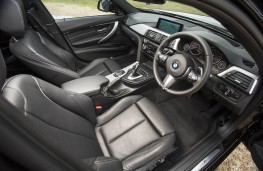 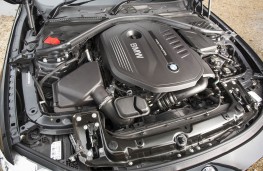 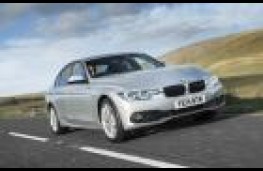 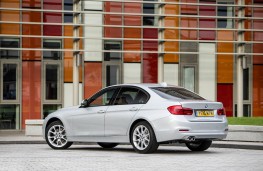 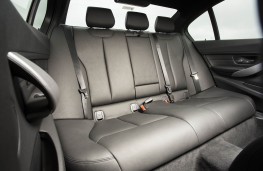 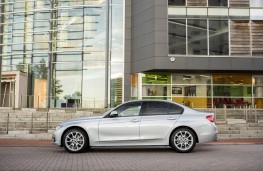 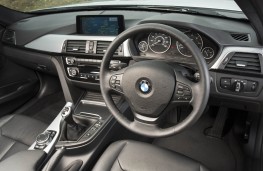 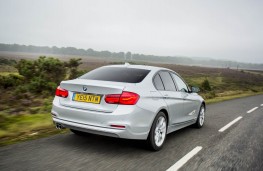 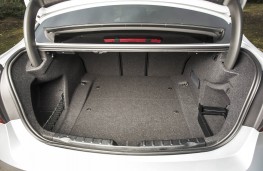 WHEN something happens to the BMW 3 Series everyone takes notice.

After all, this is the car to which so many have aspired since it first hit the scene 40 years ago and crafted a legend.

It was the rear wheel drive family car that drove like a sports car and drivers couldn't wait to get behind the wheel.

The sixth generation model arrived back in 2012 and now it's update time - and with the competition getting savvy the changes have to be significant.

So here comes the most fuel efficient 3 Series line up there's ever been and every model in the range has been tweaked to make it feel more sporty and given extra kit including sat nav as standard.

The body has been subtly restyled with changes to the bonnet, front and rear skirts and lamp clusters and as if by magic it looks much more commanding.

And with company car drivers being the bread and butter of the 3 Series fan base, car tax rates have been cut to as low as 17 per cent with the latest 320d EfficientDynamics models dipping below the 100g/km threshold.

That's an improvement of almost 10 per cent on the outgoing model and makes it the most economical 3 Series model to date with an official fuel return of 74.3mpg.

For 40 per cent tax payers the 320d EfficientDynamics Sport with an eight-speed auto box that works out to an annual benefit in kind cost of £2,286.

Like for like that makes it the best around in this bit of the executive league where Jaguar is getting serious with its new XE sports saloon, Mercedes has a strong presence with the C-Class and Audi has a new A4 waiting in the wings.

BMW has performed some serious surgery under the skin of the latest 3 Series making the suspension more robust and refining the electronic power steering.

There are also two new petrol engines in the form of a three-cylinder 1.5-litre turbo that powers the new entry level 318i priced from £24,975.

At the other end of the power scale is a 3.0-litre straight six twin turbo developing 326 horsepower which will feature in the new 340i high performance models.

In between are updated versions of the current 2.0-litre petrol and diesel engines as well as the range topping 3.0-litre diesels.

Pricing is largely unchanged despite the improvements in performance and the new range tops out at £40,330 for the very quick 335d.

Only the mainstream diesel models - which now all conform to the latest Euro 6 emission standards - cost more and that is by Â£310.

On the road the 3 Series has always enjoyed benchmark status and the new car takes the driving experience up a notch.

Composure is out of the top drawer and the feel and feedback through the steering has been improved considerably. It may now function all by electronics but it's akin to the responsiveness you would get from any of the earlier models which were deemed so pure.

The 318i with its three-pot turbo has a real zip about it and like all members of the new 3 Series family can be driven to perform or to be kind on your pocket.

Drive enthusiastically - and the 318i is capable of 0 to 60 in 8.9 seconds - and expect fuel economy in the region of 25 to the gallon. Take it easy and 40mpg is easily attainable while officially it is rated at 52.3mpg with a CO2 figure of 124g/km.

It is a great little engine that started out in the latest MINI and in the larger frame of the 3 Series is no let down with 136 horses on tap which helps it punch above its weight.

For all round ability the 320d EfficientDynamics remains the star turn and returned 55 to the gallon even when driven in a sporty fashion. It costs from £30,485 or £30,985 for the Sport model which includes leather upholstery.

Standard across the whole line up is a multi-mode drive function to get the best from the car whatever circumstances dictate and it can be configured for economy, comfort or sports driving where throttle response is sharpened and the ride stiffened.

However, those prices don't take into account an array of options which are available and while all BMWs now come with sat nav included in the price the cars we sampled carried plenty of extras including head up displays at Â£895, surround view cameras for Â£500 and electric front seats with memory settings which in the case of the 320d EfficientDynamics pushed its price to Â£40,780.

Nevertheless the 3 Series remains a tour de force of all that is great about BMW saloons.

For many the sixth generation model was the epitome of modern motoring but that has just got better and with the latest revisions the new 3 Series feels every bit how an ultimate driving machine for 2015 should. 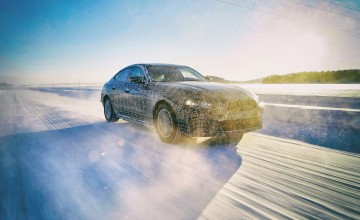