By Peter Keenan on 2015-12-06 - Peter has been with the Birmingham Post & Mail since 1990 and took on the role as motoring correspondent in 2007. He has been part of the Driving Force team for more than 10 years and his reviews are used nationwide by Trinity Mirror publications. 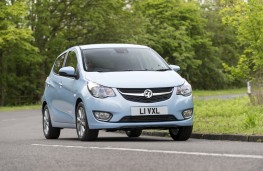 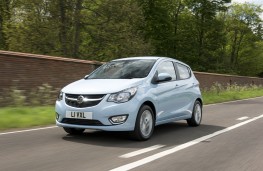 BEING old enough to remember the last incarnation of the Vauxhall Viva is nothing to shout about - but the latest model to bear the name is.

The 1970s version lodged in my memory banks was pitched against other titans of the decade such as the Triumph Dolomite and Morris Marina.

It boasted an advanced four-link rear and independent front suspension as well as sporting angular straight-line styling and a fluted bonnet. I remember our next door neighbour buying one and being the envy of the street.

They were heady days for the Viva which Vauxhall has decided to revive by reintroducing it to the motoring world as a city car.

This time it is a cheeky chappie - with neat looks and a value for money price-tag to help it tackle top quality competitors in a congested marketplace.

It is aimed at motorists who want a bargain - but do not want to compromise on quality. So this Viva is a thoroughly modern Millie with the ability to accommodate five adults.

The exterior share's the original model's philosophy of clean lines with Vauxhall's signature ‘blade' down the side slicing through the doors.

The front end features a distinctive winged chrome bar which is home to the Griffin badge. Large headlights and tail-lights add to the stylish appearance and there are ten exterior paint colours to choose from.

Safety equipment is extensive for a city car with features usually the preserve of larger motors, such lane departure warning and an Electronic Stability Programme, fitted to the Viva.

Vauxhall's baby also offers a surprising amount of versatility for a small car thanks to a 206-litre boot which expands to more than 1,000 litres when the rear seats are folded over.

There are also a number of cubby holes for your odds and sods and a good-sized glovebox.

Power is provided by a 1.0-litre, three-cylinder petrol engine linked to a five-speed manual gearbox. Don't be fooled by the pedestrian 0-62mph time of 13.1 seconds as the Viva is nippy around town more than holding its own when the traffic lights turn green.

Indeed the urban jungle is the Viva's natural habitat, helped by light steering and good visibility which make it easy to manoeuvre into those tight parking spots while the ride is generally firm but comfortable with most road surfaces handled without any fuss.

However, motorway driving highlights a distinct lack of oomph and you need to change down to get a bit more grunt out of the engine - especially where hills are involved.

On the plus side running costs are low with good fuel economy, helped by a gear-change indicator on the dash, and low emissions reducing the strain on your bank balance.

At a shade under £10,000, the SL is competitively priced while the basic SE without air conditioning and alloy wheels sneaks under the £8,000 barrier representing a lot of car for little outlay.