By Lee Gibson on 2016-11-14 - A journalist with nearly 30 years of experience on some of the biggest regional newspapers in England and Wales including the Birmingham Mail, Express & Star, Western Mail, the Sunday Mercury and Wales on Sunday. He currently edits the Sunday Mercury motoring pages as well as contributing to Eurekar. 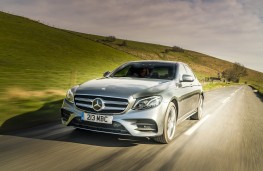 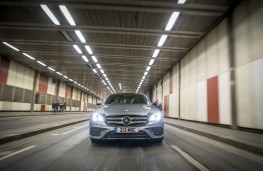 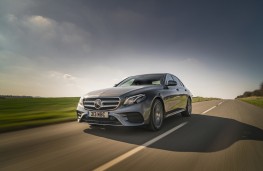 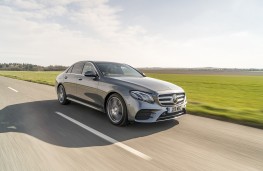 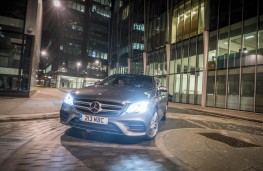 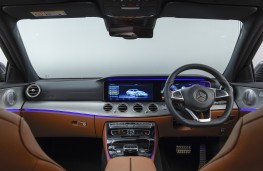 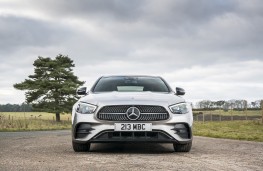 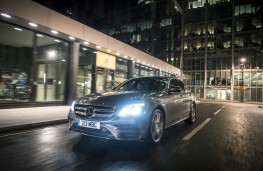 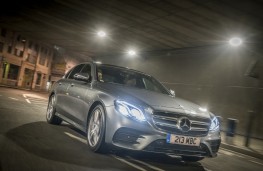 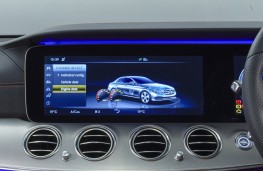 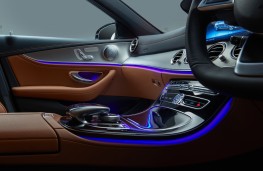 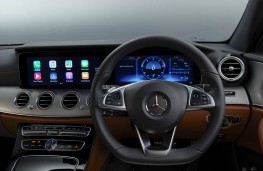 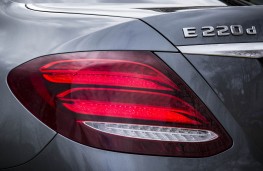 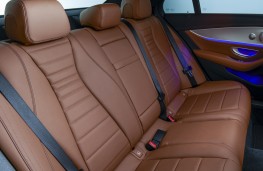 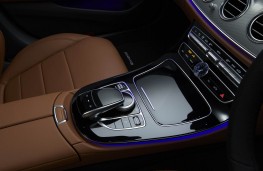 MERCEDES-Benz's popularity around the world has historically been built upon its ability to build saloons which combine luxury trappings with space and practicality.

These attributes not only mean that the brand is a stalwart of the executive car market but also a firm favourite with taxi drivers, especially abroad.

The E-Class has played a key role in establishing this global appeal, having clocked up more than 13 million sales in various guises since it hit the road in 1993 - making it the premium marque's best selling model.

This year the latest E-Class saloon hit the roads - building on the attributes of its predecessors with a great new diesel engine, cutting edge tech and really upping the ante in the luxury stakes.

The design has been tweaked to follow the cues of the smaller C-Class and larger S-Class, with curvier, flowing lines giving it a much more contemporary and sportier look.

Trim grades are restricted to a choice between entry-level SE and the AMG Line I drove, which is further beefed up by bespoke bumpers and side skirts, 19-inch alloys and perforated front brake discs.

At just over four centimetres longer than the previous model, and with a 6.5 centimetre increase in wheelbase, there's more space for passengers - with particularly generous head and legroom in the rear, where three adults will fit in relative comfort.

But it's not just the extra space that impresses in the cabin, where the feel and finish of everything is of the highest quality.

Retro air vents and an analogue clock are a classy nod to the car's heritage but the rest of the dashboard is a masterpiece of modern technology - especially with the optional twin 12.3-inch displays fitted in this car.

The first sits directly in front of the driver, replacing the traditional dials, and features three customisable styles, while alongside this the second one showcases the multimedia interface, connectivity and vehicle status options as well as satnav.

All of this can be controlled via the familiar Mercedes touchpad and control wheel on the centre console or, for the first time, through two touch sensitive pads on the steering wheel.

These ‘touch controls' respond to swiping movements, allowing the driver to control the infotainment system using finger gestures without having to take their hands off the wheel.

Under the bonnet was a new 2.0-litre diesel unit which is much more refined than the previous, clattery 2.1-litre option and offers improvements in performance and economy.

Paired with a super smooth nine-speed automatic transmission it offers a spritely 0-62mph sprint time of 7.3 seconds and top speed of 149mph alongside claimed average fuel economy of 72.4 miles per gallon.

But despite the power and pace on offer, the E-Class' setup reflects the interior mood and comfort is very much the order off the day, with the supple suspension ensuring occupants float over imperfections in the road in blissful ignorance.

As such it doesn't offer the engagement of rivals such as the BMW 5 Series and Jaguar XF - but instead is a wonderfully relaxing car to drive which eats up motorway miles effortlessly.

That said, toggling through the five-mode drive selector to the sport or sport+ settings sharpens up the drive noticeably, and good response from the throttle and transmission means that overtaking is never a struggle.

As with all Merc's the options list is long and expensive, with those impressive 12.3-inch screens helping to push the total cost of the extras past Â£8,000.