By Stewart Smith on 2017-03-06 - Stewart was the former motoring editor of the Coventry Telegraph and is now a freelance contributor to Eurekar. He is based in Scotland and specialises in First Drive reviews. 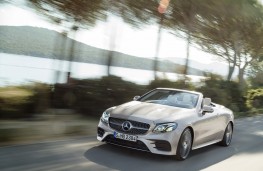 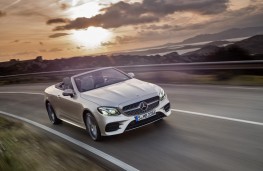 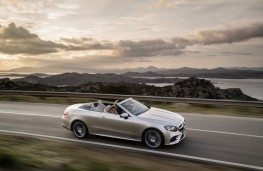 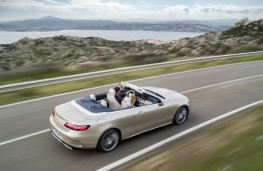 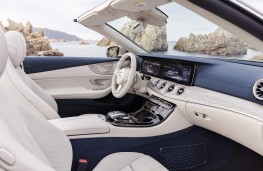 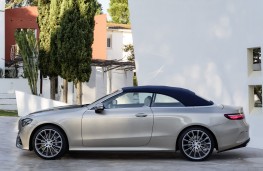 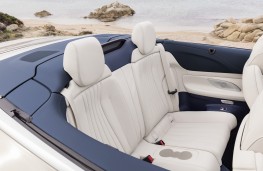 MERCEDES-Benz has completed its E-Class family with the new E-Class Cabriolet.

A four-seater with a classic fabric soft top it comes with the latest technology including comprehensive smartphone integration with a wireless charging and key function, a widescreen cockpit and the latest assistance systems.

The new cabriolet, which is making its debut at this month's Geneva Motor Show, is the fifth and youngest member of E-Class family, which has been renewed entirely within the space of one year.

Styling, when the soft top is up, is similar to that of the E-Class Coupe with a front section with a low-positioned diamond radiator grille and centrally located star, LED headlamps, a drawn-out bonnet with power domes, retractable side windows and special tail lights.

The soft top can fully opened and closed in 20 seconds when travelling at a speed of up to 31mph and there is good boot capacity of 385 litres (310 litres when the roof is open) plus it has all-new 50-50 folding rear seat backrests creating a through-loading feature in the interior - a plus point when it comes to practicality.

On the inside the entry-level model boasts two round dials and a seven-inch colour display cluster with a central display featuring an 8.4-inch screen. The dials, instrument cluster and central display are installed in a single frame with a high-gloss piano-lacquer look.

Drivers have options for operating the instrument cluster, multimedia system and other functions including touch controls in the steering wheel for finger-swipe control, a touchpad that recognises handwriting, Linguatronic voice control and direct-access buttons for controlling the air conditioning and for activation and deactivation of certain driver assistance systems.

At launch, there is initially a choice of petrol and diesel engines, including versions with 4MATIC permanent all-wheel drive for the first time. Further engines will be added to the line-up in due course.

As standard, all models are equipped with the 9G-TRONIC nine-speed automatic transmission, which allows fast gearshifts and lower engine speeds.

Safety features on the new soft-top include pyrotechnic belt tensioners and belt force limiters on all front and rear seats Pre-Safe reversible belt tensioner on the front seats, front airbags for driver and passenger, a knee bag on the driver's side, thorax/pelvis bags for driver and front passenger, optional curtain airbags integrated into the top edge of the front door panels to protect the head in the event of severe side impacts and optional side bags in the rear.

Prices have yet to be announced but are expected to start at around £42,000, slightly up on the E-class Coupe hard top. 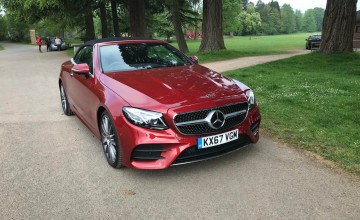 WE Brits love our open-top motoring and with the slightest hint of sunshine on...

WITH dealerships able to re-open next week, Mercedes-Benz has lost no time in... 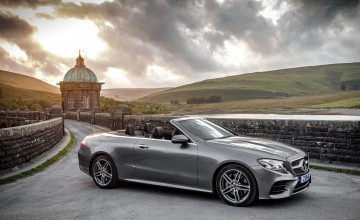 THE British just love getting their tops off. This is despite a climate that...