By Patrick James on 2017-04-23 - The author has been a motoring writer for more than 16 years. Formerly motoring editor at the Coventry Telegraph, he now produces motoring copy, on new car launches and road tests on a freelance basis. 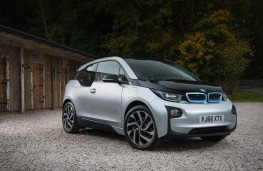 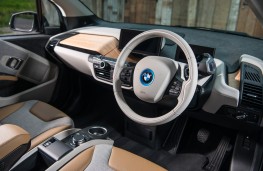 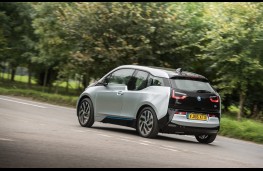 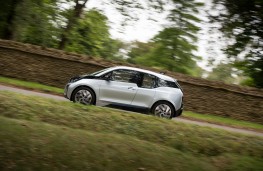 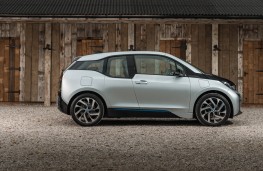 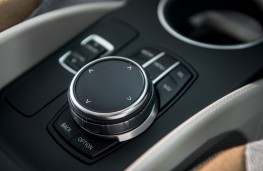 THE spark needed to generate an electric car boom is still not quite here, despite manufacturers taking giant steps forward.

The battery range is the constant problem, with around 110 miles available, depending on the the amount of electrics being used.

But batteries are getting better and innovations like the petrol engine range extender on this BMW i3 and a growth in fast charging points are making the proposition more viable every day.

The i3 supermini is the first fully electric car from BMW.

At around £30,000 for the electric only and nearer £35,000 with range extender, a small two cylinder engine which cuts in to charge the battery when the power is low.

It is an affordable car when you take into account the government £4,500 discount for electric vehicles.

On a full charge alone it is claimed the range is around 190 miles. Add therange extender which kicks in when power is low and the nine litres of petrol continues to keep the charging level constant thus extending the range by around 81 miles.

This delivers a staggering if theoretical 470mpg. In the real world I estimated around 130mpg electric/petrol before my nerve gave out and refilled with petrol

The combination of lithium battery and and motor produces around 170bhp and delivers startling acceleration.

The instant 250Nm of torque to the rear wheels from electric power, means the car can hit 60mph in around eight seconds.

The futuristic design is not to all tastes, the four seater sitting high off the road. It reminded me a little of the defunct Audi A2, albeit with a more aerodynamic design. But it is definitely clever, with the wheel in each corner design and stowage of motor and battery.

The exterior features signature unique LED headlights either side of the instantly-recognisable kidney-shaped grille.

Largely constructed from recycled materials, the part carbon fibre construction means the door pillar can be done away with to larger glass areas to complement the large windscreen.

It also means that the reverse-hinged rear doors cannot be released until the front door is opened, much like the old Mazda RX-8. This allows easier access to the rear, although it is still tight.

The interior is of high quality with the usual fixtures and fittings you would expect from BMW, including the i-Drive controller which sits on a centre console between the two seats.

The instrumentation is delightfully simple with two screens providing most of the information.

One is situated behind the blue-trimmed steering wheel gives the usual instrument cluster information and it is supplemented by a larger one on the dash, which controls functions like climate, connectivity and infotainment, plus the sat nav system.

The novel transmission selection is on a large control stalk on the steering column.

The i3 features all the usual goodies and add ons you would expect from a conventional car, just use them sparingly when the power meter show lows. The meter effectively replaces the fuel gauge, although you can see how the fuel is being used when the motor is charging the battery, which can be a bit disconcerting when you are low on power.

The four seats are comfortable and supportive while the console allows USB connectivity and there are for cup and oddment holders for convenience. The absence of a transmission tunnel and electronic parking brake also opens up a large, van-like space for both front occupants.

The luggage compartment offers a miserly 260 litres, but opens up to an impressive 1,100 litres with the rear seats folded down.

The choice of sustainable materials means some of the high-quality soft touch finish to dash and doors is replaced with feels like cardboard, but other than that it feels like a BMW should.

On the road the car handles well, is stable on corners with beautifully responsive steering, aided by rear wheel drive. You might expect to hear a lot of wind and road noise with the absence of conventional engines, but it is largely absent.

On a long test drive and when the power is falling, the driver can save around 15 per cent by selecting ECO PRO mode and by the same again in ECO PRO+ mode. which limits speed and acceleration.

The only drawback for me was the harsh suspension. The car literally clattered over lesser road surfaces, making it uncomfortable at times.

Like all BMWs there are plenty of options at a cost, including trim grades of Standard, Loft, Lodge and Suite, each allowing the owner to change the look and feel of the interior and all feature sustainable materials like natural fibres and naturally tanned leather.

Charging is via and AC charging cable which plugs into specially adapted sockets or home charged using a standard three-pin plug or by specifying a BMW i Wallbox.

The BMW is a step forward in the evolution of the electric car, now the charging infrastructure is concentrating the minds of some manufacturers.

Four of the world's major car makers - including BMW - have joined forces in a bid to develop Europe's most powerful network of electric car charging points to be installed from next year. 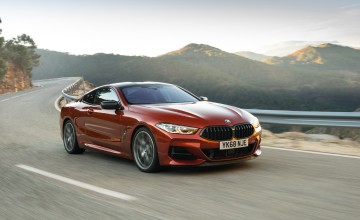 THE Beast from the East is here but this time it is looking very good. This is...